President Recep Tayyip Erdoğan says Turkey will not accept any impositions on its defense industry.

The US’ F-35 fighter jet program is "doomed to complete failure" if Turkey’s contributions are excluded, the Turkish president warned on Tuesday.

"Turkey did not and will not accept any impositions in the defense realm, just as in the areas of politics, diplomacy, and the economy," President Recep Tayyip Erdoğan told the 14th International Defense Industry Fair (IDEF'19) in Istanbul. He decried attempted "impositions" concerning the F-35s, referring to US threats to cancel the sale over Turkey buying Russian S-400 missile defense. 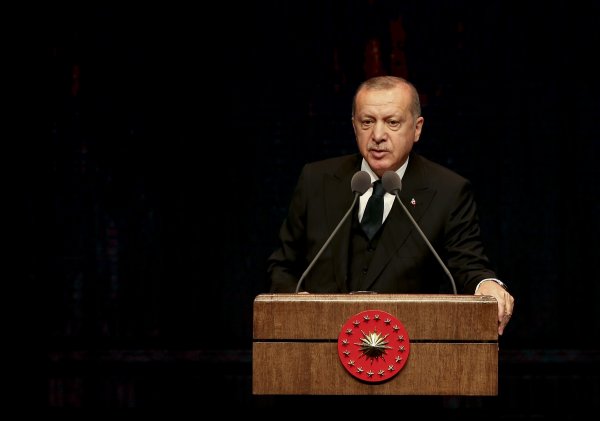 "We think that those who try to exclude us on an issue where we are a project and production partner can’t see beyond the end of this," Erdoğan added. "I am saying explicitly that the F-35 project is doomed to complete failure if Turkey is excluded," Erdoğan said.

Tensions between the US and Turkey have worsened in recent months with Turkey set to begin receiving the advanced S-400 Russian surface-to-air missile system, which Washington says will jeopardize Turkey's role in the F-35 fighter jet program and could trigger congressional sanctions.