'We hope Romania’s stance will set an example for other European countries," says Turkish vice president.

"WE HOPE ROMANIA'S STANCE WILL SET AN EXAMPLE FOR OTHER COUNTRIES"

“We welcome Romania’s principled stance and its efforts, which contribute toward a constructive understanding in EU-Turkey relations," said Fuat Oktay, speaking at a joint press conference in Bucharest with Romanian Prime Minister Viorica Dancila. "We hope Romania’s stance will set an example for other European countries," Oktay added. His remarks came after bilateral and inter-delegation meetings with Dancila.

“We’ve had a fruitful meeting with Prime Minister Dancila. We broadly exchanged views on bilateral relations as well as regional and international developments," he added. “Within the framework of the EU presidency of Romania, we’ve shared our approach and expectations to advance the negotiation process of our country's accession to the EU,” Oktay said, calling Romania a “close ally.” 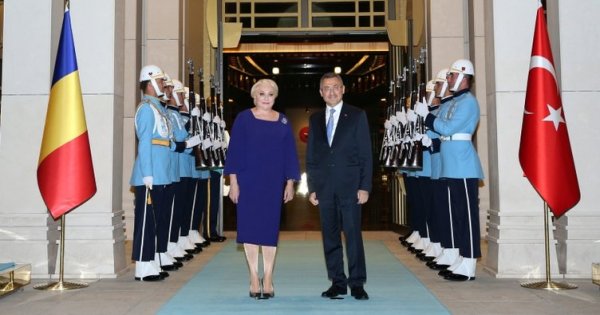 Romania holds the EU’s rotating presidency until June 30. “During our meeting, we confirmed that we are on the same page on further developing our cooperation in every field and on Turkey-EU relations,” he added.

Turkey applied for EU membership in 1987 and accession talks began in 2005. But negotiations stalled in 2007 due to the objections of the Greek Cypriot administration on the divided island of Cyprus as well as opposition from Germany and France.

Regarding the Fetullah Terrorist Organization (FETO), the group behind the 2016 coup attempt, Oktay said: “We place great importance on the continuation of mutual cooperation in the fight against the structuring of this terror organization, which also poses a threat to Romania’s security.” 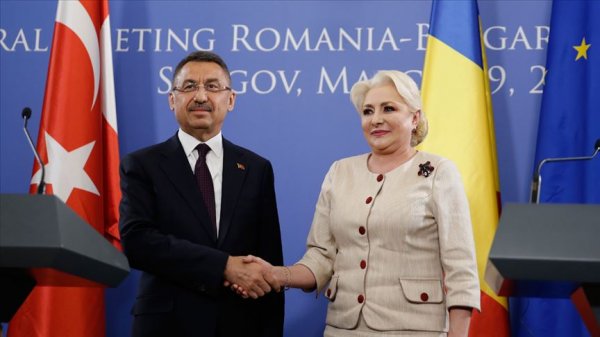 Dancila voiced her support for Turkey’s EU membership, calling Turkey a “key partner” of the EU. She also praised Turkey’s efforts to deter irregular migration by hosting over 3.5 million migrants. Stating that Turkey and Romania have very “strong” relations, Dancila said the bilateral trade potential of the two countries was very high.

Following the press conference, Oktay met with Serbian President Aleksandar Vucic on the sidelines of the quadrilateral meeting of Greece, Bulgaria, Romania and Serbia. The meeting, which was closed to the press, lasted for 30 minutes.