The breakthrough comes after 4-way talks in Madrid.

The memorandum was signed by the foreign ministers of the three countries -- Turkey's Mevlüt Çavuşoğlu, Pekka Haavisto of Finland and Ann Linde of Sweden -- in the presence of all three national leaders and Stoltenberg.

Following the signing ceremony, the NATO chief said at a press conference that he is "pleased" to announce that the three nations reached an agreement that paves the way for the Nordic countries to join the military alliance. 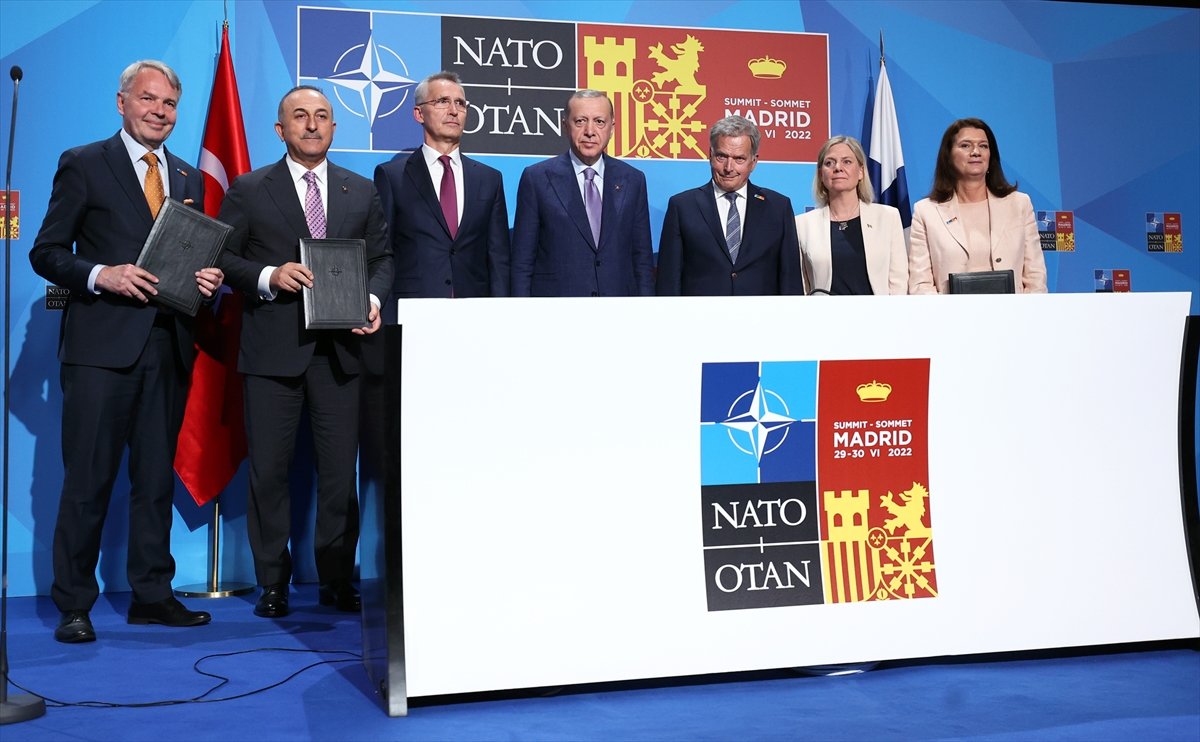 He added that the signed memorandum addresses Turkey's concerns about arms exports and the fight against terrorism. 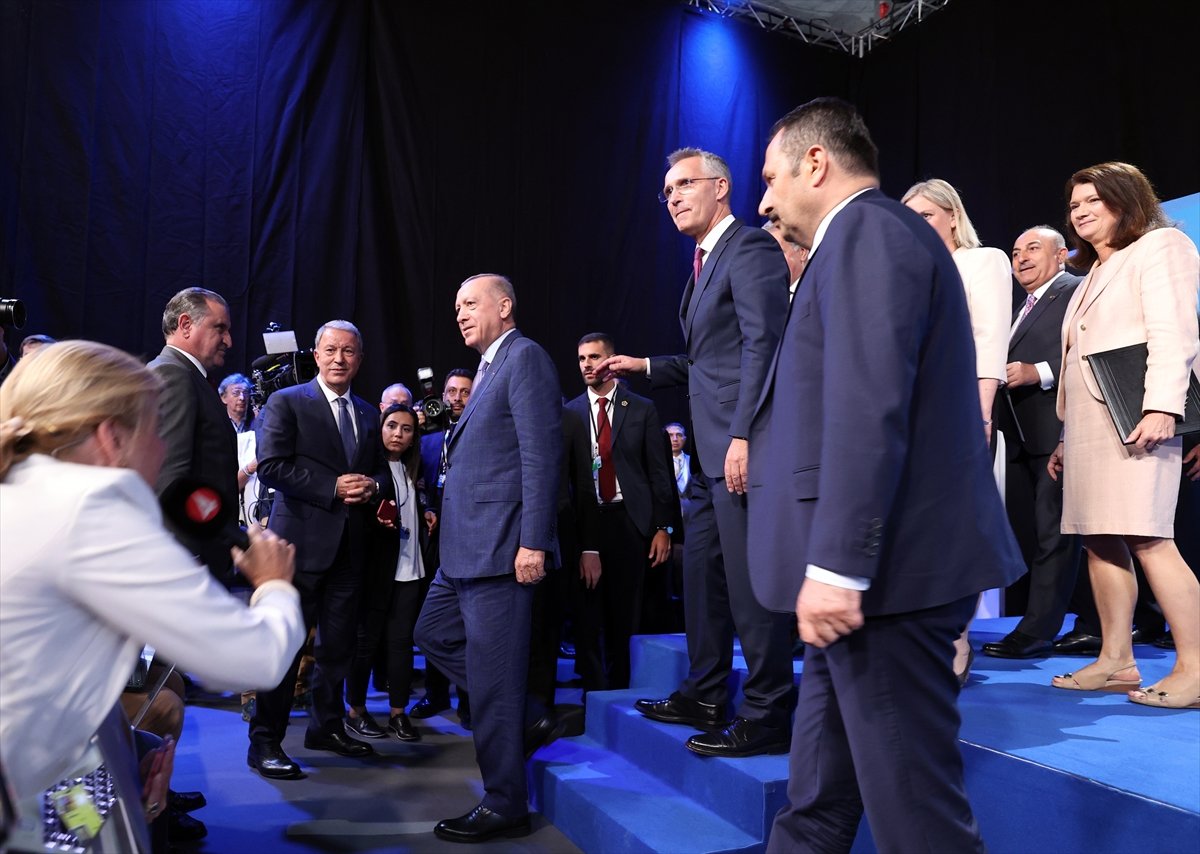 "After this summit, Finland and Sweden will be invited countries," he added, reminding that there is a ratification process in the assemblies of all member states.

For his part, Niinisto said on Twitter: "Our joint memorandum underscores the commitment of Finland, Sweden and Turkey to extend their full support against threats to each other's security. Us becoming NATO Allies will further strengthen this commitment." 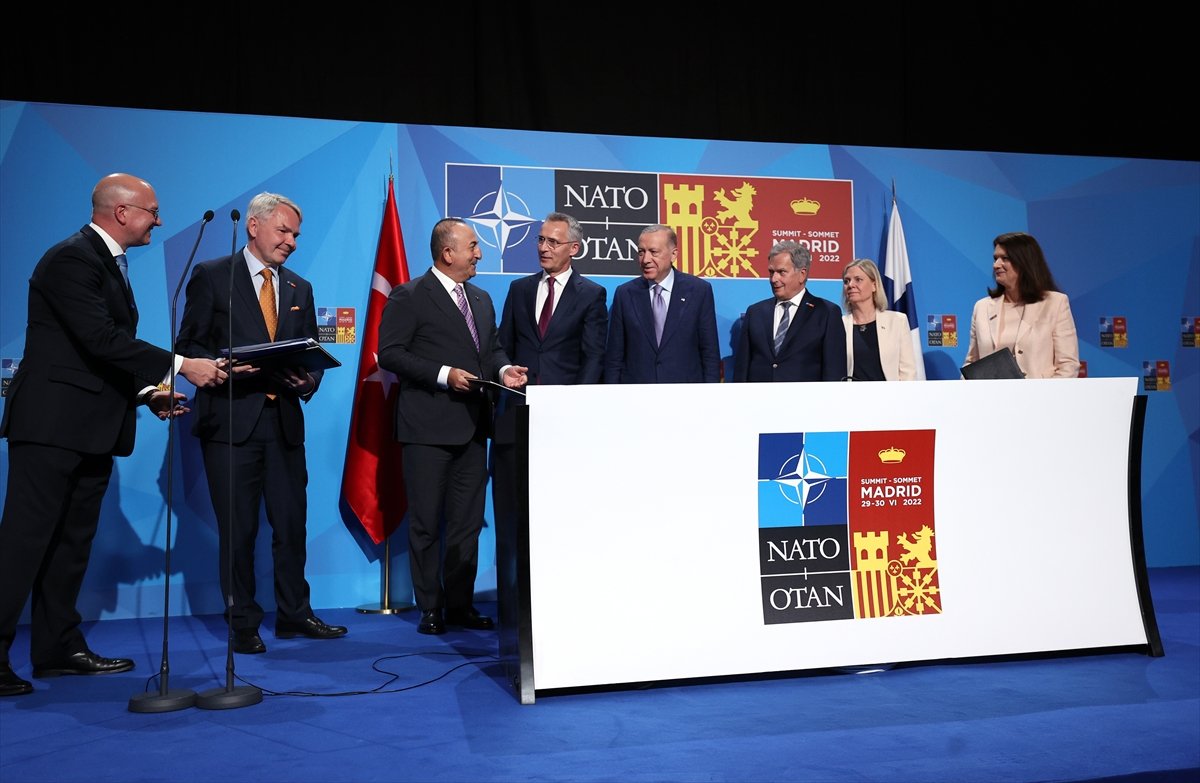 Noting that Finland takes Turkey's concerns "seriously," he said: "Finland condemns terrorism in all its forms and manifestations. As a NATO member, Finland will commit fully to the counterterrorism documents and policies of NATO."

"I am delighted to conclude this stage on Finland's road to NATO membership. I now look forward to fruitful conversations on Finland's role in NATO with our future Allies here in Madrid," he added.

Sweden and Finland formally applied to join the alliance last month, a decision spurred by Russia's war on Ukraine.

But Turkey, a longstanding member of the alliance, voiced objections to the membership bids, criticizing the countries for tolerating and even supporting terrorist groups.

Stoltenberg has constantly said that Turkey has “legitimate concerns related to their fight against the PKK terrorist group and other organizations” and that the PKK is considered a terrorist organization by NATO, the EU, as well as Finland and Sweden.

In its more than 35-year terror campaign against Turkey, the PKK has been responsible for the deaths of more than 40,000 people, including women, children and infants.​​​​​​​