Interior Minister says Europe and Greece are responsible for these images.

Turkey on Wednesday released images of two dead children, part of a group of six irregular migrants who perished after being pushed back by Greek forces on Tuesday night.

“We’re terribly sad to share (these) scenes,” Interior Minister Süleyman Soylu said on Twitter, alongside photos of the children, who were among two babies and three children who died due to the pushback.

“Another massacre by Greece (of) migrants and innocent children (who) sought to cross from Lebanon to Italy. 2 brothers, Asim only 9 months (old) and Abdulvahab, only 4 years old,” he wrote.

He added that Europe and Greece are responsible for “these massacres,” referring to numerous reports accusing the EU border agency Frontex of aiding in Greece’s illegal pushbacks.

The rescued migrants told coast guard officials that they were pushed back to Turkish territorial waters by Greek forces.

Turkish Coastal Guard units were immediately dispatched to the scene with a helicopter, a coast guard aircraft, and a coast guard boat. 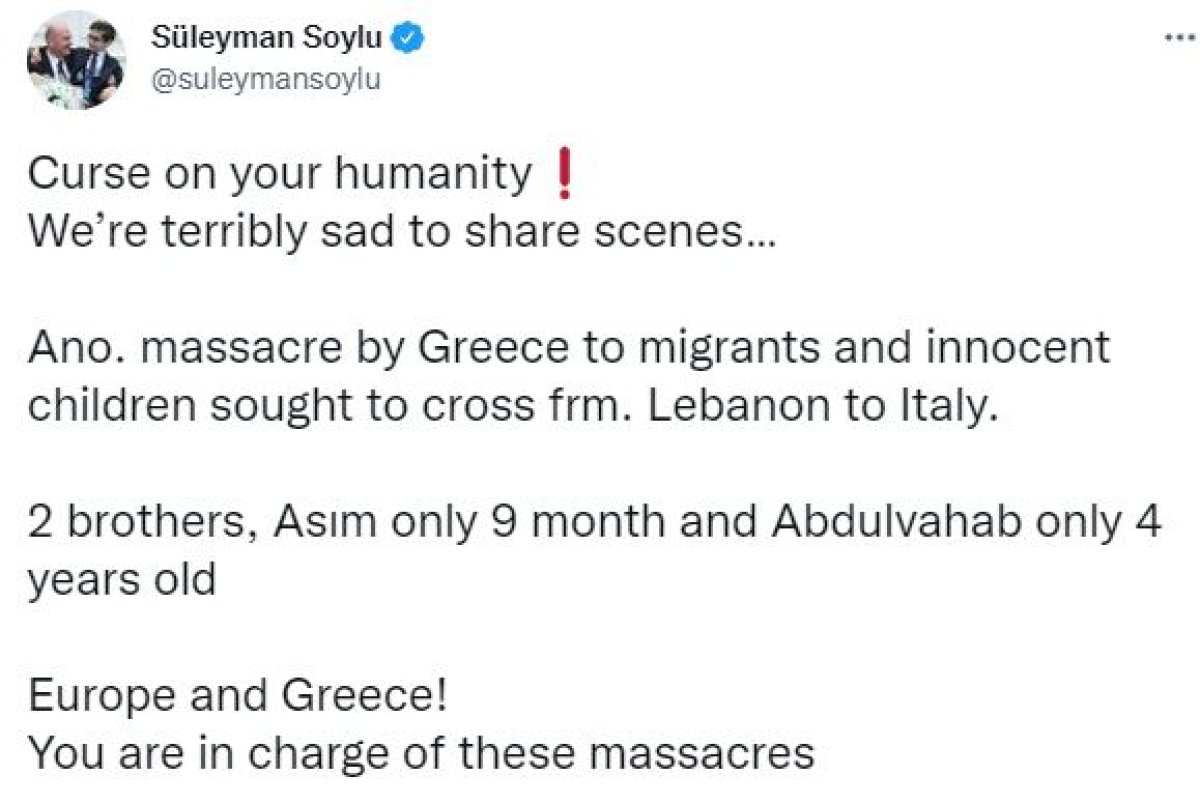