Turkey praises meeting between leaders of Azerbaijan, Armenia in Brussels

After the discussions, the two leaders told foreign ministers to begin preparations for peace treaty.

Meeting between the leaders of Azerbaijan and Armenia was hailed by Turkey.

Turkey praised the progress made toward a peace treaty between Aliyev and Pashinyan, with the participation of the head of the European Council this week.

Ankara welcomes the decision of Azerbaijan and Armenia "to instruct their respective ministers of foreign affairs to begin preparations for a peace treaty as well as their agreement on the establishment of a joint border commission by the end of April between the two countries," read a Turkish Foreign Ministry statement.

Establishing peace in the region

“Turkey supports and actively contributes to the efforts for establishing peace and stability in the region,” the ministry said.

After the April 6 meeting, Michel announced that Aliyev and Pashinyan agreed to launch a “concrete process” for peace talks and made “a lot of progress.”

The leaders also agreed to set up a joint committee and to maintain a “channel of communication,” Michel told reporters after the five-hour meeting. 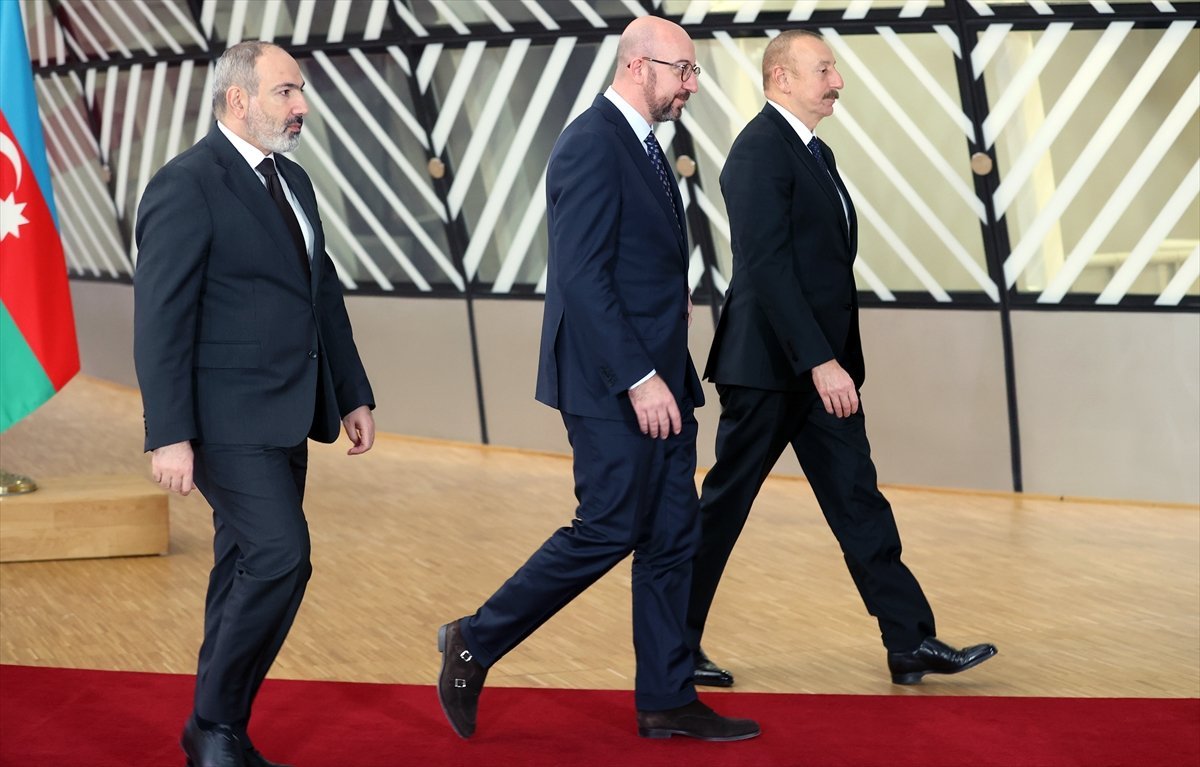 The two also agreed to convene a Joint Border Commission by the end of April “to delimit the bilateral border between Armenia and Azerbaijan and ensure a stable security situation along, and in the vicinity of, the borderline,” according to a statement released after the meeting.

Michel has been leading the EU’s efforts to forge peace between Azerbaijan and Armenia.

He first met Aliyev and Pashinyan separately in December 2021, a little over a year after the end of their 44-day war over the Nagorno-Karabakh region, before hosting them for a working dinner in Brussels.

Relations between the former Soviet republics of Armenia and Azerbaijan have been tense since 1991, when the Armenian military occupied Nagorno-Karabakh, also known as Upper Karabakh, a territory internationally recognized as part of Azerbaijan, and seven adjacent regions.

After new clashes erupted in September 2020, Azerbaijan liberated several cities and over 300 settlements and villages that were occupied by Armenia for almost 30 years.