“We [AK Party] continue to collaborate with MHP on issues regarding our country’s survival and future,” President Recep Tayyip Erdogan said, speaking at a party event held in Bursa province of northwestern Turkey.

Erdogan said the People’s Alliance, with its success at local polls of March 31, ensured the country’s bright future and brought hope to the country, therefore the alliance would continue.

Turkish leader expressed gratitude for MHP leader Devlet Bahceli and party’s members for their "contribution to the country’s democracy." 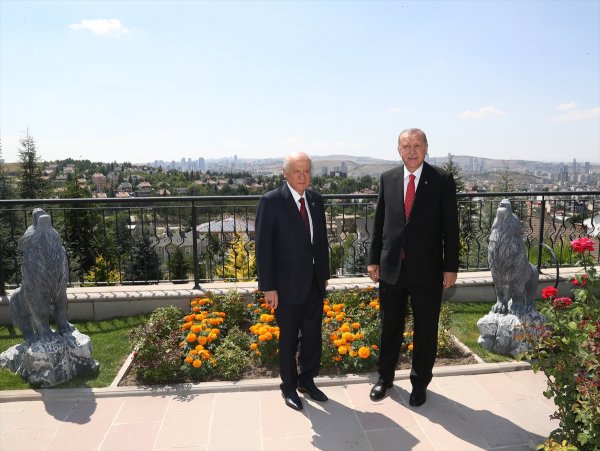 TURKEY HAD NO ELECTIONS IN THE NEXT FOUR YEARS

Stressing that Turkey had no elections in the next four years, Erdogan said the government would make the most out of this period to do service for citizens.

The ruling Justice and Development (AK) Party and opposition Nationalist Movement Party (MHP) formed the People's Alliance ahead of the June 24, 2018 general elections.