Ankara is putting "sincere efforts" to end the crisis in Ukraine and let the grain to be exported to Africa, Turkish President Recep Tayyip Erdoğan said on Friday.

"We make sincere efforts to ensure that grain reaches those who need it most, especially our brothers and sisters in Africa," Erdoğan said at the second session of the Shanghai Cooperation Organization (SCO) summit in Samarkand, Uzbekistan.

He also said Turkey is exerting "great efforts" to end the conflict in Ukraine through diplomacy as soon as possible.

Erdoğan is attending the 22nd meeting of the Council of Heads of State of the SCO as a special guest, with Turkey taking part at the presidential level for the first time since Ankara obtained the SCO dialogue partner status in 2012.

Turkey will increase cooperation with the regional bloc to a higher level with joint efforts, Erdoğan said, adding Ankara is working to strengthen relations with Asia in every field.

"Thanks to our status as a dialogue partner in the last decade, this place has become one of our windows to Asia," he said. 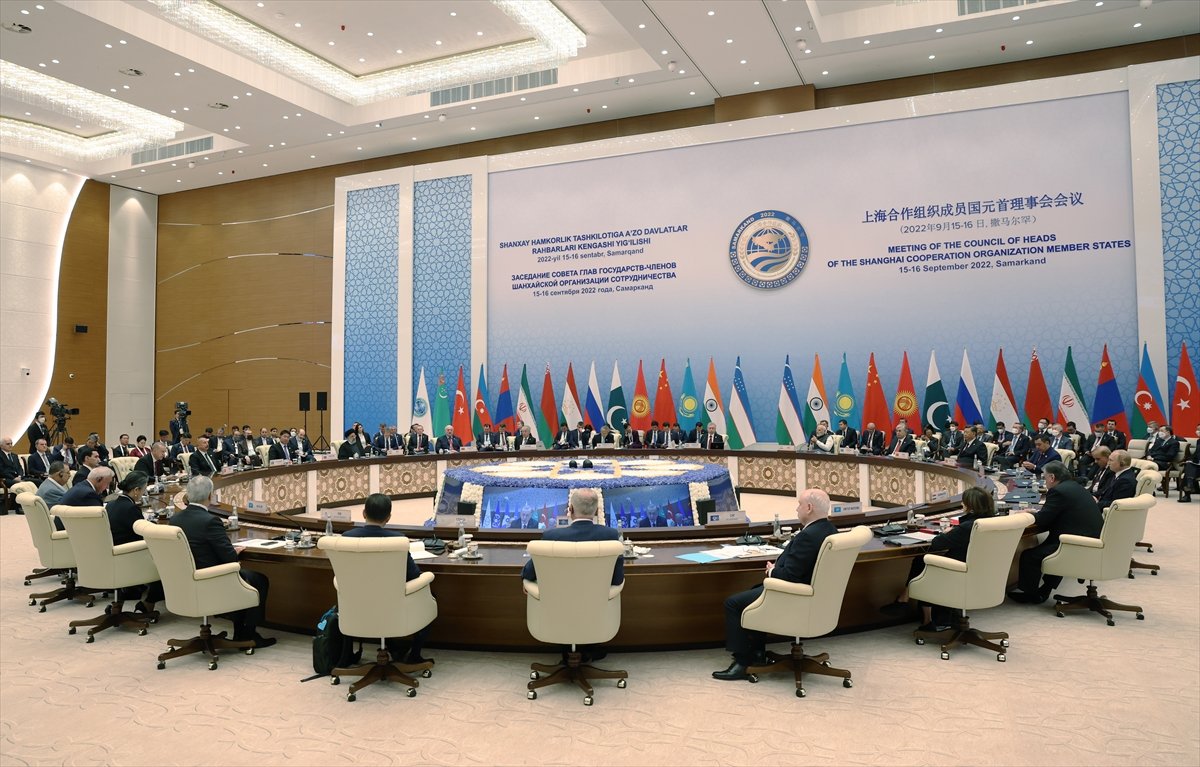 The president added that Turkey is "the most generous country" in the world as it allocates approximately 1% of its national income to humanitarian aid.

"Our aim is to establish peace in our region and beyond with an enterprising diplomacy approach that puts people and human values ​​at the center," he said.

Erdoğan also attended a family photo shoot at the summit.

Later in the day, the Turkish leader will hold bilateral meetings with leaders, including Russian President Vladimir Putin.