After a turbulent 2020, Turkey and the EU now have “a window of opportunity for renewed dialogue,” Turkey’s top diplomat said on Wednesday.

“We believe a genuine Turkey-EU partnership can bring about real changes in vital areas, including migration, trade, energy, security, and defense, as well as Syria, Libya, the Balkans, Caucasus, and other issues,” Mevlut Cavusoglu told an online meeting with his Dutch counterpart Stef Blok during the 8th bilateral Wittenburg Conference.

Cavusoglu said the past year had been a difficult one that “tested our relations with Europe.”

However, he said the EU “extended a hand to Turkey at the December summit” and Ankara “responded favorably” to the gesture.

Stressing the need to capitalize on this new chance for constructive dialogue, Cavusoglu, who visited EU officials in Brussels last week, said the two sides have “decided to work on a roadmap of concrete steps with timelines.”

Reaffirming Ankara’s readiness for “a true partnership as a candidate country,” he stressed that Turkey has “the highest level of commitment” when it comes to improving ties with the bloc.

Towards this end, he added, Ankara has this week resumed exploratory talks with Greece, initiated efforts to normalize ties with France, and launched a domestic reforms drive. 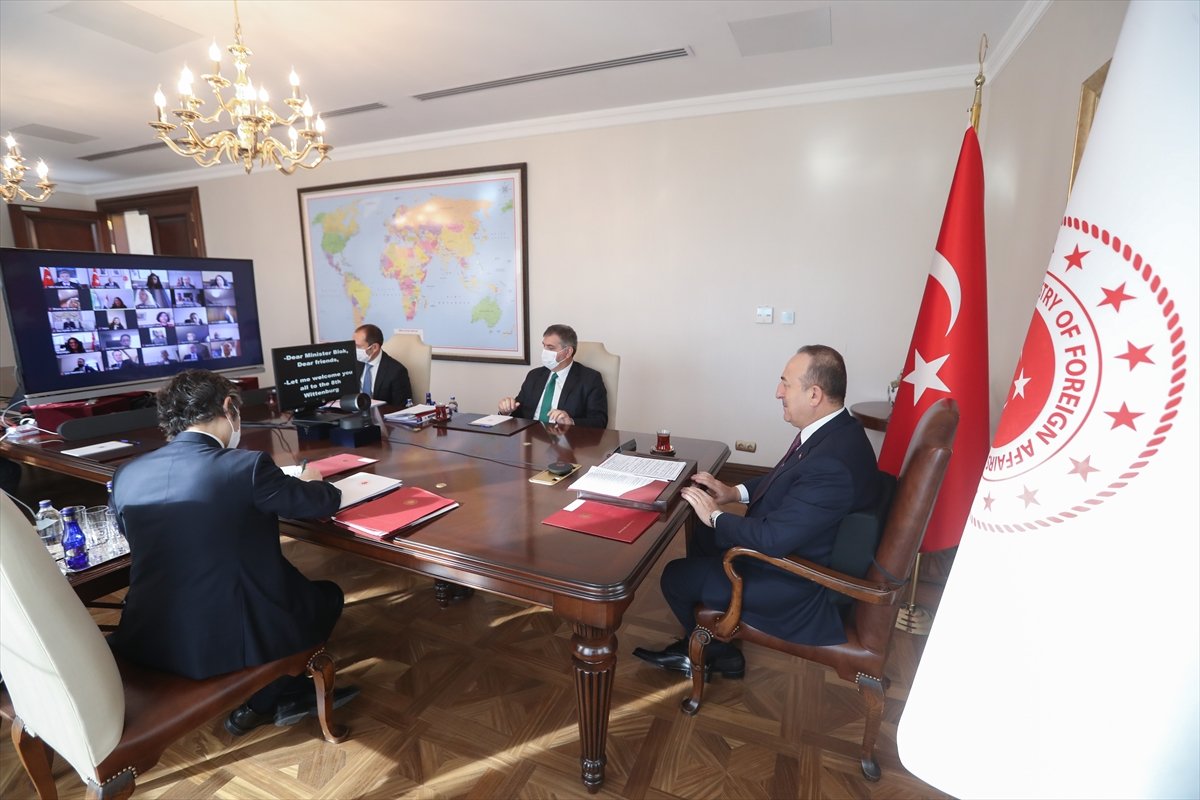 “We are also ready for the 5+UN meeting on Cyprus and the EastMed Conference, both of which were our proposals,” Cavusoglu said, referring to a Cyprus meeting of both sides on the island, plus its three guarantor countries and the UN, as well as a proposed conference of all countries with coasts on the Eastern Mediterranean, including Turkish Cyprus.

On Turkey’s expectations of the EU, he said the country seeks “renewal of the March 18 [2016] Statement in all aspects, which include the accession process, Customs Union update, visa liberalization, migration cooperation, high-level dialogue, and counter-terrorism cooperation,” referring to a 2016 agreement from the height of the migrant crisis. Turkey has said the EU failed to uphold its obligations under the pact.

“We have already proven what this partnership is capable of during the refugee crisis of 2016. It was thanks to joint efforts by Turkey and the EU that we were able to manage Europe’s worst humanitarian crisis since World War II,” said Cavusoglu.

Bilateral cooperation between Turkey and the Netherlands offers “huge potential” for both countries, Cavusoglu said.

“Apart from tulips, Turkish and Dutch people have many things in common; we are both enterprising, business-minded, and practical people,” he said.

“Located in different corners of Europe, we can also do much to address the problems facing our continent.”

The Turkish foreign minister, however, emphasized the need for “constant dialogue” between the two sides to “adapt to change.”

“We live in extraordinary times, and change is occurring faster than ever,” he said.

He said the Wittenburg Conference “is an indication of our will to continue high-level dialogue” and pledged to hold next year’s session in the Turkish resort city of Antalya.

Cavusoglu pointed out that the decision to start accession talks between Turkey and the EU was taken in December 2004, when the bloc’s presidency was held by the Netherlands.

“We count on the Netherlands’ support in that regard,” the minister said.

He added that the Netherlands also played a significant role in the 2016 migrant deal that, among other things, aimed to end irregular migration to the EU and improve conditions for millions of Syrian refugees hosted by Turkey.

The large Turkish community in the Netherlands adds another layer to our “multi-dimensional relations,” Cavusoglu said.

“We support the integration of the Turkish community into Dutch society as active and successful individuals,” he said.

During the meeting, Dutch Foreign Minister Stef Blok also hailed the two countries’ bilateral ties, saying that their partnership is “highly significant” despite some differences of opinion.

He said the Netherlands and Turkey enjoy a historic alliance and there are “very important cooperation matters” between the two countries in many areas.