Turkey condemns use of force on civilians in Myanmar

Turkey on Sunday condemned the Myanmar military junta's disproportionate use of force on peaceful protesters causing the loss of many civilian lives.

“We observe with deep concern that the stability in Myanmar is deteriorating after the coup d'etat on 1 February 2021,” the Foreign Ministry said in a press release.

“We call for the necessary steps to be taken for the restoration of democracy without delay for the maintenance of peace and stability in the country and the immediate cessation of violence against the peaceful protesters,” the ministry added.

Earlier, The UN Human Rights Office also condemned the escalation of violence against anti-coup protesters in Myanmar, and said it has credible information that the use of force in the country left at least 18 people dead and more than 30 others wounded. 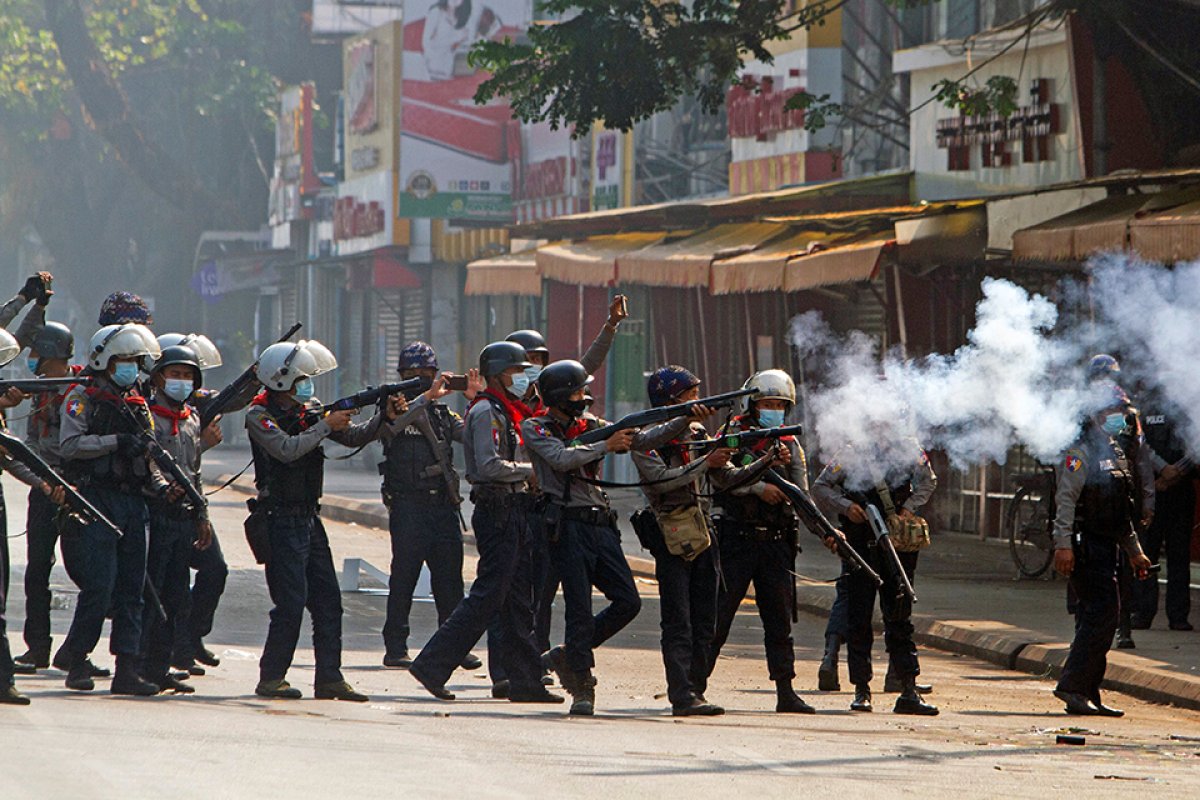 According to witnesses and local media, anti-coup demonstrators were met with tear gas, rubber bullets, and stun grenades as police and soldiers intensified a crackdown on a campaign against the recent military coup in the Southeast Asian country.

Myanmar has seen large protests since the military declared a state of emergency on Feb. 1 after detaining Aung San Suu Kyi and senior members of the then-ruling National League for Democracy (NLD).