Explosions struck churches and hotels in various part of the country early Sunday, killing at least 138.

In a Twitter post, Erdoğan said: "I condemn in the strongest terms possible the Easter terror attacks in #SriLanka. This is an assault on all of humanity."

"On behalf of the Turkish people, I offer my condolences to the families of the victims and the people of #SriLanka, and wish a speedy recovery to the injured," he added.

NO GROUPS HAVE YET CLAIMED RESPONSIBILITY

Foreign Minister Mevlüt Çavuşoğlu also condemned the attacks "targeting innocent people in churches and hotels during Easter". "No matter what the motive is, the heinous terror attack in Sri Lanka is the same as the one in Christchurch [New Zealand]: cowardly, barbaric and cruel. Terror has no religion, no nation, no geography," he said. 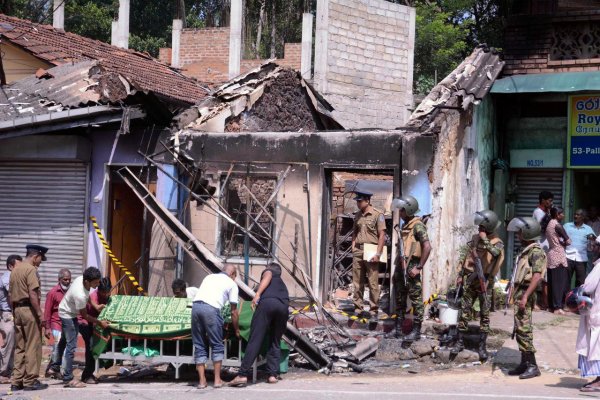 Presidential Spokesperson İbrahim Kalın offered his condolences to the wounded and condemned the attacks. "I offer my condolences to those who lost their lives, and wish the wounded a speedy recovery," he added. "We reject all kinds of terrorism, regardless of its perpetrators, source and ideology."