Turkey and Russia slam US decision on Golan Heights

Turkey and Russia criticized the US decision on Golan Heights, saying it was against international law.

Top diplomats of both countries meet in the Mediterranean province of Antalya to discuss bilateral ties, regional developments.

"IT CREATES CHAOS IN THE REGION"

"We definitely do not recognize such a decision and such a signature because it is against international law and UN resolutions. These are the territories of Syria," Turkish Foreign Minister Mevlüt Çavuşoğlu said at a news conference in the Mediterranean province of Antalya. 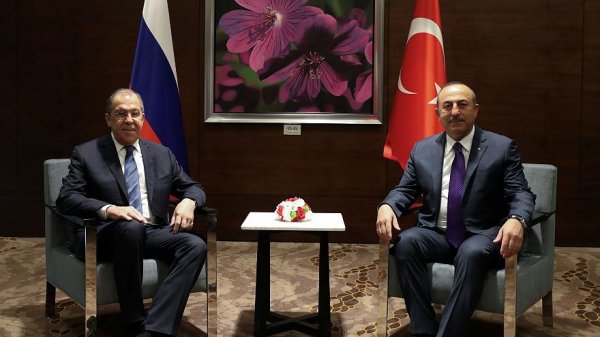 Çavuşoğlu's remarks came after the 7th Turkish-Russian Joint Strategic Planning Group Meeting, where the minister discussed bilateral relations as well as current regional and international developments with his Russian counterpart Sergey Lavrov. Çavuşoğlu said the US decision did not contribute to regional peace and stability, adding: "On the contrary, it creates unrest and chaos in the region." 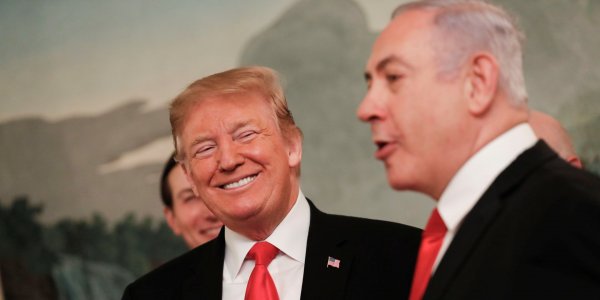 Lavrov, for his part, said Russia also did not recognize the decision, saying: "This is against international law. All kinds of international law was violated and broken." On Monday, Trump signed a presidential proclamation officially recognizing Golan Heights as Israeli territory.

Israel occupies roughly two-thirds of the wider Golan Heights as a de facto result of the conflict. It moved to formally annex the territory in 1981 -- an action unanimously rejected at the time by the UN Security Council.