Greek Prime Minister Tsipras has threatened to impose economic sanctions on Turkey if Ankara continues to explore gas fields in the Mediterranean.

Greece and Cyprus will push their EU partners to penalize Turkey, including the possible option of sanctions, if Ankara is verified to have started drilling for gas west of Cyprus, Greek Prime Minister Alexis Tsipras said on Sunday.

THREAT OF SANCTIONS AGAINST TURKEY

The discovery of lucrative energy reserves in the eastern Mediterranean has drawn into sharper focus long-standing tensions between Turkey and the Greek Cypriot government.

A Turkish drill ship has been anchored west of Cyprus since May. Cyprus and Greece say the vessel is encroaching into Cyprus’s exclusive economic zone (EEZ) an area which Cyprus can use for commercial exploitation. Turkey says the area is on its continental shelf. 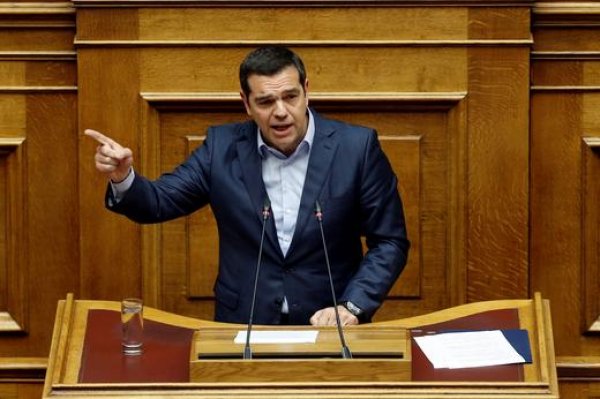 “We have agreed .. to prepare the ground in the coming week that the (European Union) summit take the relevant decisions, even sanctions against Turkey, if it is verified that there has been a drill (by Turkey) in the Cypriot EEZ,” Tsipras told reporters.

Greece is a close ally of the government in Nicosia and also has its own decades-old disputes with neighboring Turkey on issues relating to airspace in the Aegean Sea, and mineral rights in the same region.