Tsipras complains about Turkey to US senator

Greek Prime Minister, who couldn’t handle Turkey by himself, has decided to lie his back to the US Senator.

The Greek premier thanked Menendez for his crucial involvement in promoting Greek-American relations, and for the many legislative initiatives he has undertaken in favour of Greece and Cyprus in recent years.

“PROTECT US IN THE MEDITERRANEAN”

According to the Greek news agency APE-MPE, Tsipras gave a list to the US Senator which contains Turkey’s so-called air space violations against Greece in the Mediterranean. 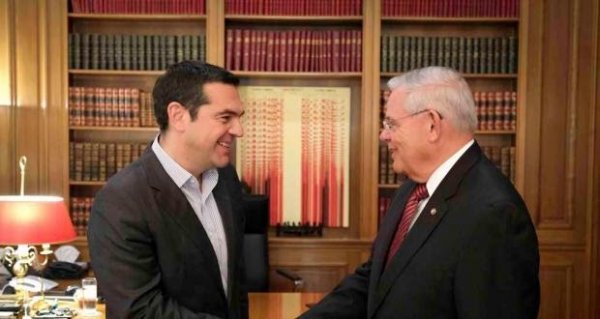 US Senator Robert Menendez promised to Greek PM that Turkey won’t be able to buy US-made F-35 fighter jets that could be used against Greece, if it goes ahead with plans to buy a Russian S-400 missile defense system.

With relations between the US and Greece – ironically under the former anti-American leader Alexis Tsipras – said to be their best ever.