The surprise visit marks Trump’s first trip to Afghanistan and his second to a conflict zone, after last year's visit to Iraq a day after Christmas.

The Taliban wants to make a peace deal with the US, President Donald Trump said Thursday during a surprise visit to Afghanistan to celebrate Thanksgiving with American troops.

"The Taliban wants to make a deal, and we’re meeting with them," Trump said in a meeting with his Afghan counterpart President Ashraf Ghani during his visit at the Bagram Airfield, according to The New York Times.

"The Taliban wants to make a deal - we’ll see if they make a deal. If they do, they do, and if they don’t they don’t. That’s fine," he added. 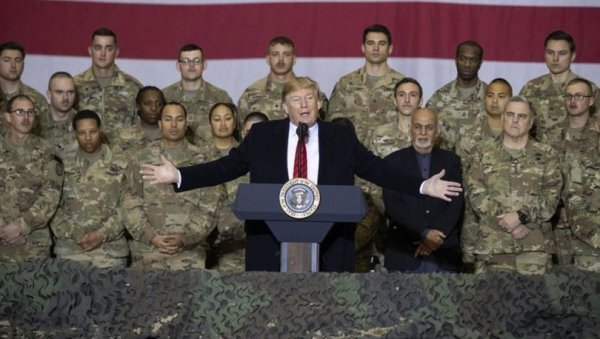 Early September, Trump declared the peace talks with the Taliban "dead" following a recent attack in Afghanistan's capital Kabul which killed a dozen people, including a US service member.

Following the US move, the Taliban opened new battlefronts across the war-weary nation, as Afghan security forces -- suffering casualties and desertions -- struggle to beat back a revitalized insurgency. 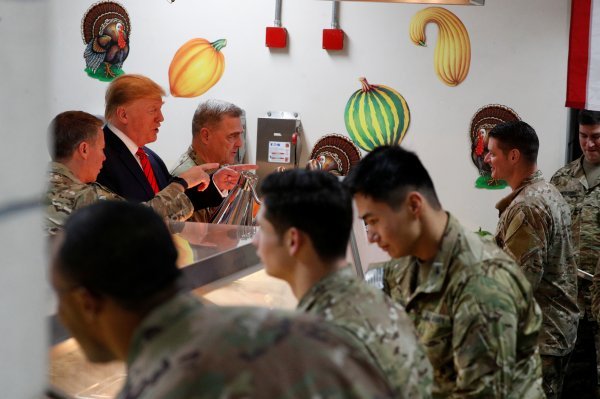 Addressing the U.S. soldiers deployed in Afghanistan for the nation’s longest-running war, Trump thanked them for their service. "There's nowhere I'd rather spend Thanksgiving than with the toughest, fiercest warriors. 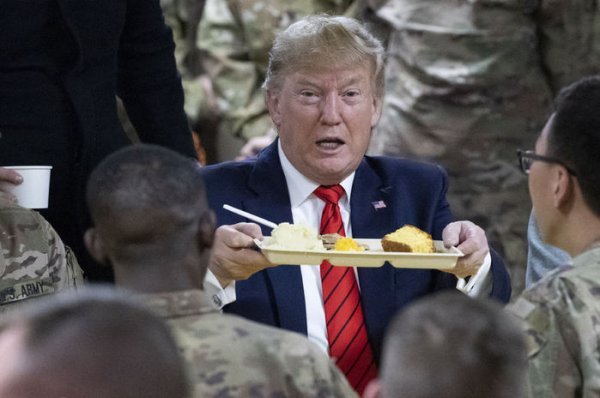 "I'm here to say Happy Thanksgiving and thank you very much. As president of the United States, I have no higher honor than serving as commander-in-chief," he added during his stay at the largest US base in Afghanistan.