US President said the House inquiry is a "witch hunt" and a "hoax" and maintains that he did nothing wrong in his dealings with the turbulent eastern European nation.

The impeachment inquiry into US President Donald Trump’s dealings with Ukraine reached a dramatic new phase Wednesday with two senior officials testifying in the first public hearings on the controversy.

William Taylor, the top US diplomat in Ukraine, and George Kent, a senior State Department official responsible for Ukraine policy, gave evidence before the House Intelligence Committee over whether Trump used military aid as leverage to secure political favors. 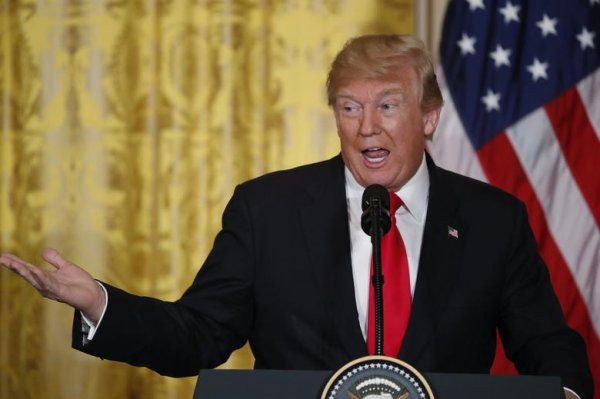 In new evidence before the inquiry, Taylor said a member of his staff was told Trump was preoccupied with pushing Ukraine to launch a corruption investigation into his political rival, Joe Biden, a former Democratic vice president.

Addressing committee members in a highly-anticipated day of political theatre in Washington, Taylor said "withholding security assistance in exchange for help with a domestic political campaign" in the US was a "crazy" idea. 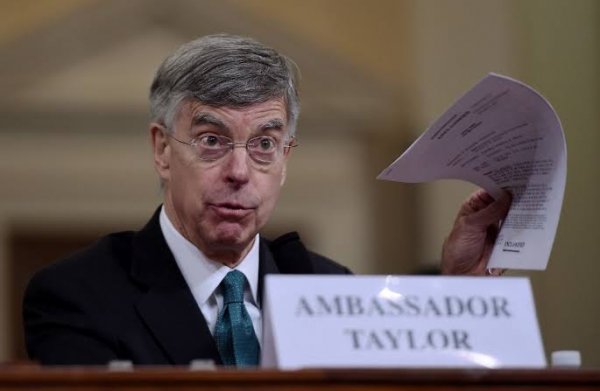 “I believed that then, and I believe it now,” added the career diplomat, who has served under Republican and Democratic presidents.

Speaking to reporters at the White House before a meeting with Turkish President Recep Tayyip Erdogan, Trump said he was “too busy to watch” the hearing and that he would “get a report” about the proceedings later.