Trump told officials, referring to those who were lost, “It’s a tremendous number, but you were thinking it could be, could have been, a lot worse.”

“One thing I know about this state, it rebuilds fast,” Trump told a gathering that included Louisiana Governor John Bel Edwards, US lawmakers and federal agency officials. Trump did not meet with residents.

The massive storm hit Louisiana early on Thursday with 150 mile-per-hour (240 kph) winds, damaging buildings, knocking down trees and cutting power to more than 650,000 people in Louisiana and Texas. However, Laura’s storm surge was much less than predicted. 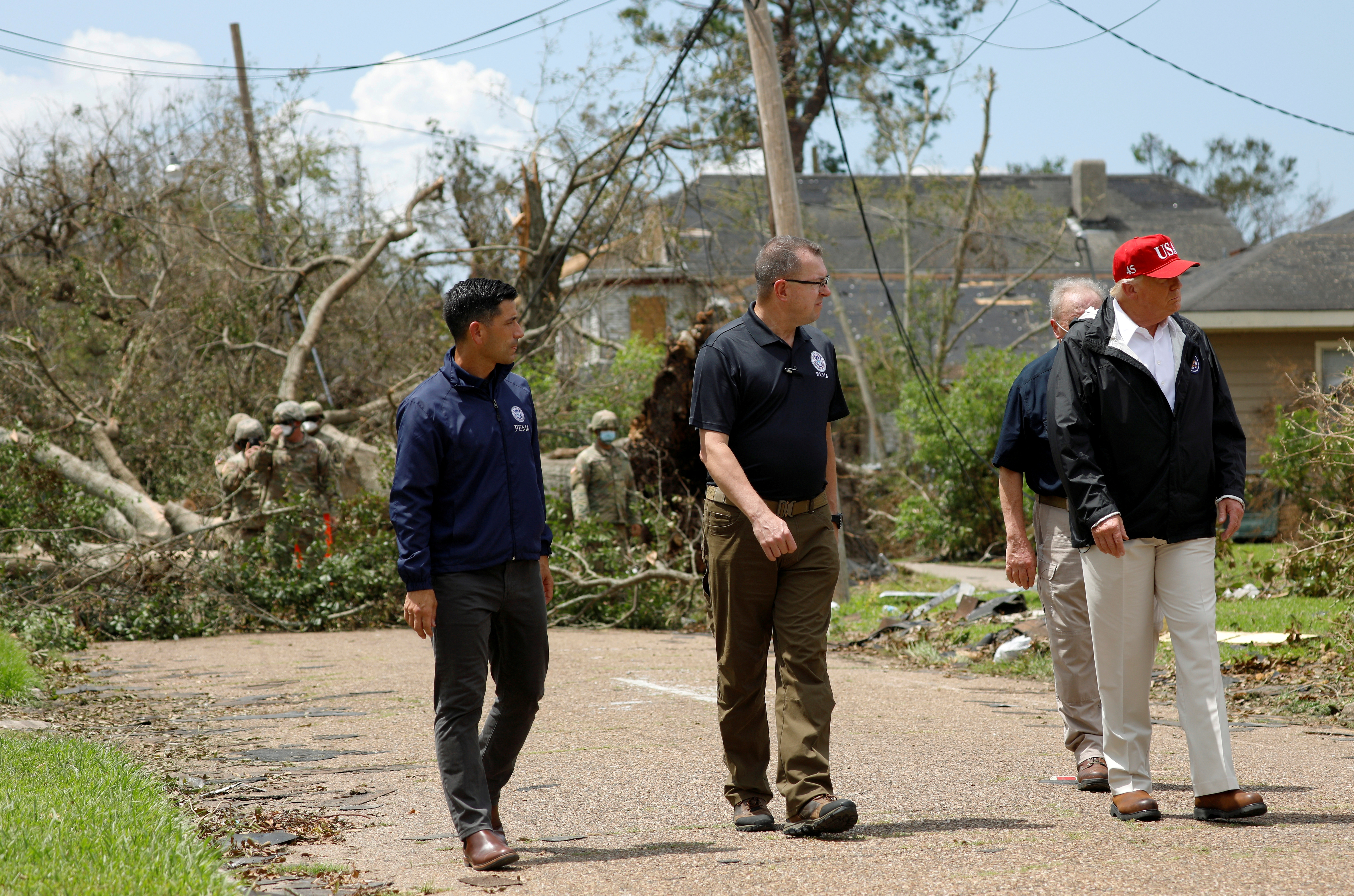 The Category 4 hurricane killed at least 15 people, including some killed by carbon monoxide poisoning from the unsafe operation of generators. Governor Edwards called Laura the most powerful hurricane to strike Louisiana, surpassing even Katrina, which was a Category 3 storm when it hit in 2005. 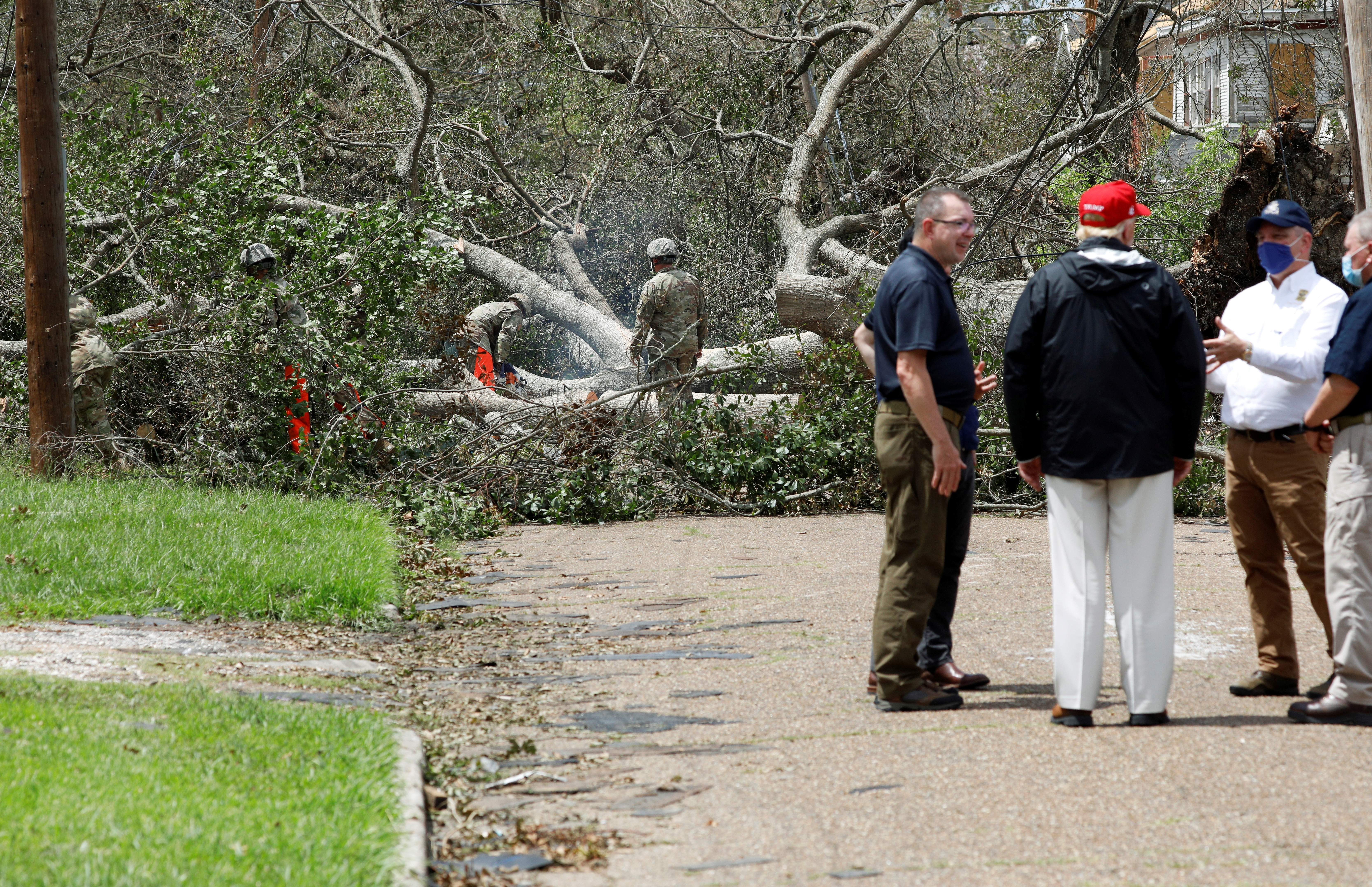 Trump signed a disaster declaration for Louisiana on Friday.

He also met with National Guard personnel in Louisiana helping with relief efforts and later flew to Orange, Texas, to meet with officials. 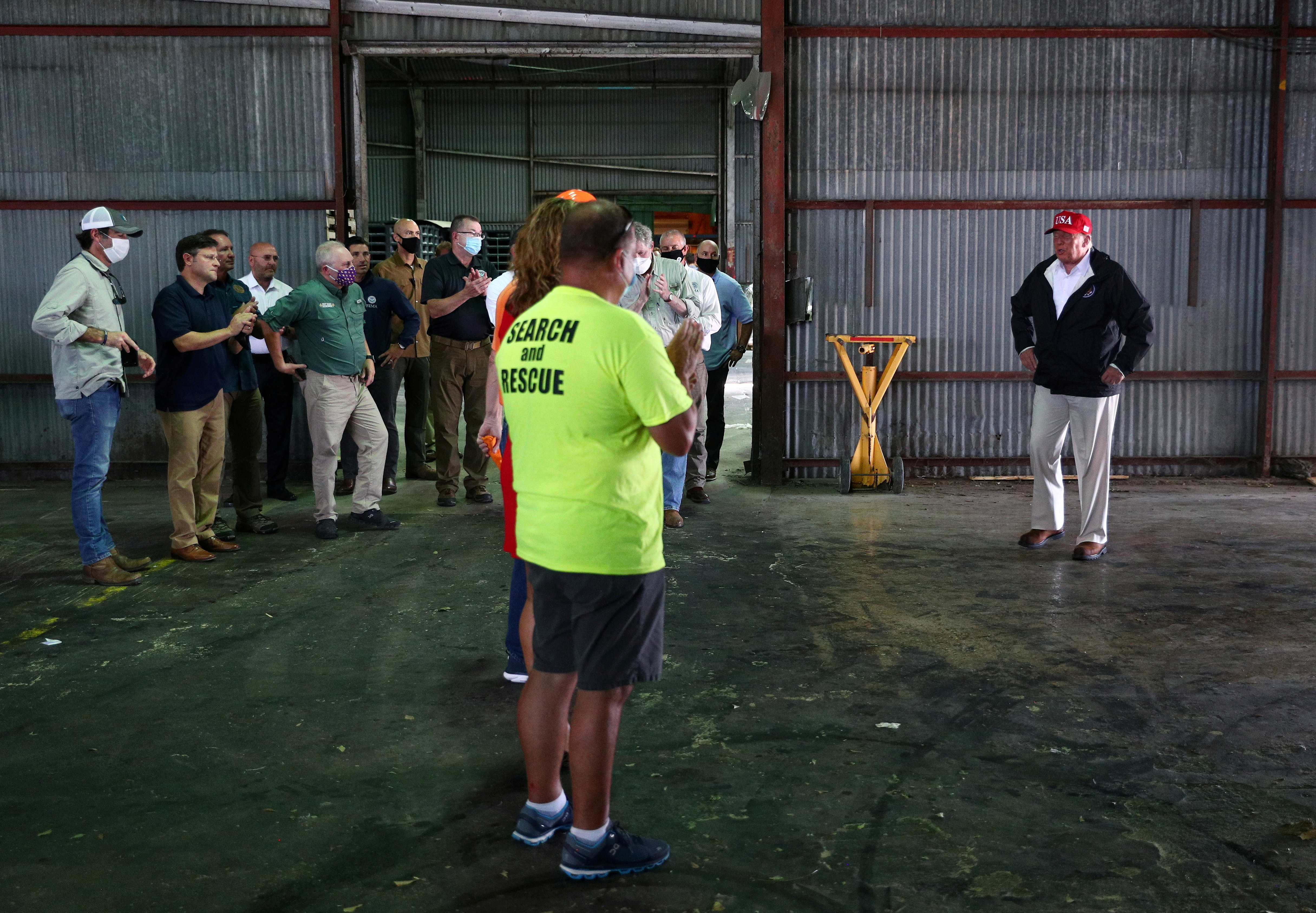 After meeting officials in Lake Charles, Trump said “come here fellas, I want a little power,” and began autographing pieces of paper. He gave a law officer one and said “Here sell this tonight on Ebay, you’ll get $10,000.”