White House may be reconsidering Shanahan’s nomination, Trump said the decision was “done” and that the nominee “has to go through the process.”

Donald Trump may be reevaluating his nomination for Secretary of Defense, a report by NBC News said Tuesday, citing four sources familiar with the matter.

Trump announced in the first week of May that he would nominate acting Pentagon chief Patrick Shanahan to continue his position, but the White House has yet to submit the nomination to the Senate for approval.

During a visit to Normandy, France last week on the anniversary of D-Day, Trump asked three people if they had alternative suggestions for the position, and Army Secretary Mark Esper was discussed as a potential replacement for Shanahan, according to the NBC report. One person close to Trump told the news agency that Shanahan "has no champion" and that "no one is fighting for him". 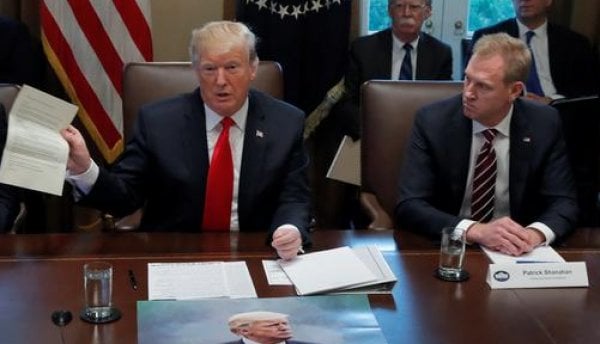 In previous instances, a delay in the time it takes for the White House to submit a formal nomination after Trump announces it has led to the end of that nominee's consideration for the position. Such has been the case with Herman Cain, a former Trump rival who the president publicly announced was being nominated to serve on the Federal Reserve Board. Later, Trump revoked his decision.