Donald Trump on Monday will sign an official document lending support to Israel's false claim of sovereignty over the Golan Heights in the presence of Israeli prime minister, according to Yisrael Katz, Israel's acting foreign minister.

"ISRAEL-US TIES ARE CLOSER THAN EVER"

"Tomorrow, Trump in the presence of PM Netanyahu, will sign a decree recognizing Israel's sovereignty on the Golan,” Katz said in a Tweet on Sunday. Trump on Monday will welcome Netanyahu for two days of talks at the White House ahead of Israel's parliamentary elections set for April 9. “Israel-US ties are closer than ever," Katz added. 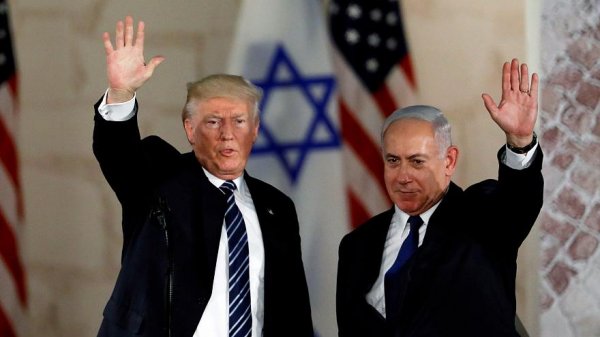 On Thursday, Trump said it was time for the US to fully recognize Israel’s sovereignty over the Golan Heights. The announcement sparked huge condemnation and criticism from across the globe, including the UN Human Rights Council, EU, Turkey, and many other nations.

Israel seized the Golan Heights from Syria during the 1967 Six-Day War. Israel occupies roughly two-thirds of the wider Golan Heights as a de facto result of the conflict. It moved to formally annex the territory in 1981 an action unanimously rejected at the time by the UN Security Council. Meanwhile, the UN Human Rights Council, EU, Turkey, and many other nations voiced against the Israeli occupation of Golan Heights in Syria.