In his meeting with Pakistani PM, Trump said that the Afghanistan war could be ended within a matter of days, but doing so would result in the country being wiped off the face of the Earth.

Trump said Monday he could end the war in Afghanistan “in a week,” but that doing so would cause millions of deaths.

"I could win that war in a week. I just don’t want to kill 10 million people," Trump said in the Oval Office while hosting Pakistani Prime Minister Imran Khan. "It would be over in, literally, 10 days. I don’t’ want to go that route, so we are working with Pakistan and others to extricate ourselves. Nor do we want to be policemen, because basically we are policemen right now."

Trump has repeatedly criticized the US's lengthy campaign in Afghanistan, which he repeated Monday calling operations that have lasted for nearly two decades "ridiculous." 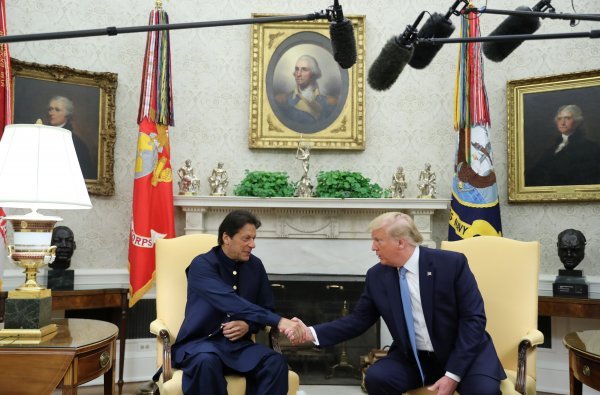 The US has roughly 14,000 troops deployed to Afghanistan amid Trump's push to wind down their presence in tandem with ongoing peace talks with the Taliban.