US President wore a mask for the first time in public during a recent visit to a military hospital but has otherwise eschewed putting one on in front of the press.

President Donald Trump, in a shift in rhetoric and tone, encouraged Americans on Tuesday to wear masks if they cannot maintain social distance and warned that the coronavirus pandemic would get worse before it got better.

"IT WILL PROBABLY GET WORSE BEFORE IT GETS BETTER"

In his first press briefing in months focused on the outbreak, Trump urged young people to avoid going to crowded bars and maintained that the virus would disappear at some point.

Trump’s remarks were a change in strategy from his robust emphasis on reopening the US economy after its long, virus-induced shutdown and represented his first recent acknowledgement of how bad the problem has become. 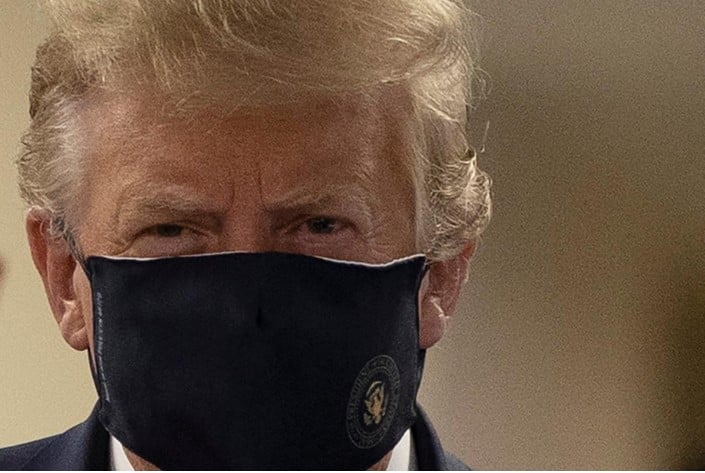 “It will probably, unfortunately, get worse before it gets better - something I don’t like saying about things, but that’s the way it is,” Trump told reporters.

The Republican president, who downplayed the virus in its early stages and once referred to mask-wearing as politically correct, has been reluctant to wear a face covering himself.

Mask-wearing has become a partisan issue, with some supporters of the president arguing that requirements to wear one infringe on their civil liberties. Few people wore masks at Trump’s first rally since the pandemic in Tulsa, Oklahoma, earlier this summer.