US President was holding a sheet of paper as he spoke outside the White House to reporters desperate for his response to the latest impeachment news.

President Donald Trump, citing a portion of US Ambassador to the European Union Gordon Sondland’s congressional testimony in a House impeachment inquiry on Wednesday, said it showed he wanted no “quid pro quo” with regard to Ukraine.

"I WANT NO QUID PRO QUO"

Speaking to reporters at the White House, Trump cited comments by Sondland about a conversation with the president, in which he said Trump told him he wanted nothing from Ukraine. 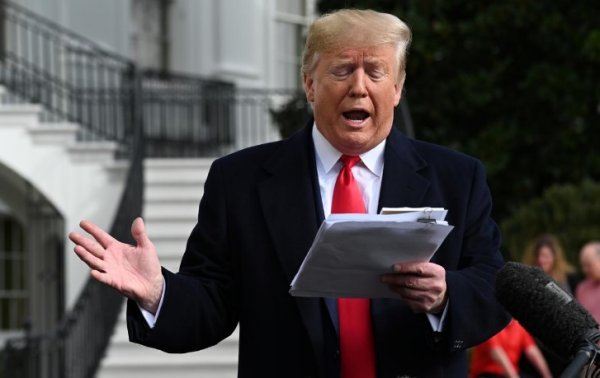 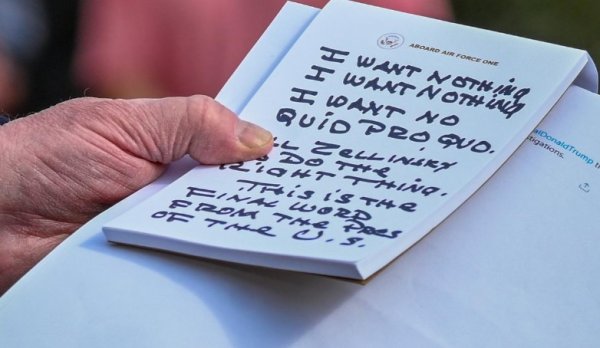 In his testimony, Sondland told lawmakers there was a quid pro quo, in which a desired meeting with Trump was being withheld to try to push Zelenskiy to launch investigations that Trump wanted.

Sondland said he was following Trump’s direction in helping to pressure Ukraine to launch two investigations that would benefit Trump politically as he runs for re-election in November 2020. 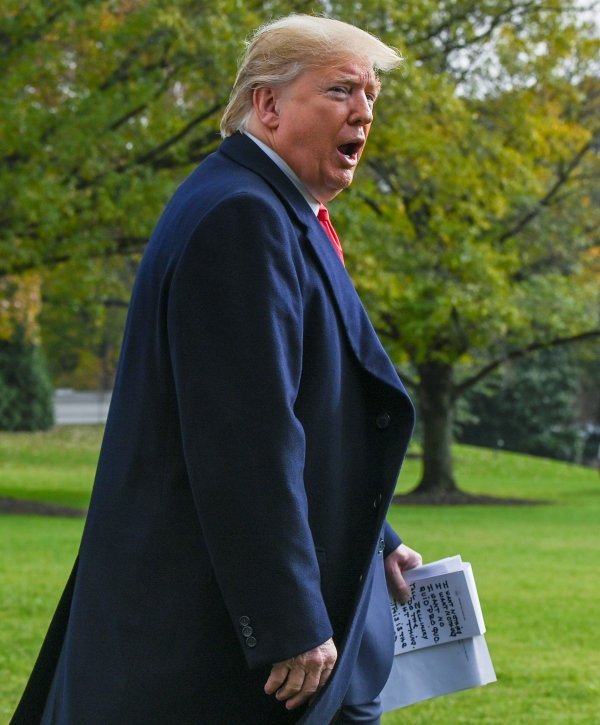