Trump posts faked photo of hero dog getting a medal

President Donald Trump tweeted a fake photo showing him putting a medal with a paw print around the neck of the Baghdadi dog used by US special operations forces in the raid.

US President Donald Trump shared Wednesday an apparent fake photograph of himself awarding a medal to the dog who chased Daesh/ISIS chief Abu Bakr al-Baghdadi in his final moments.

MODIFIED VERSION OF A 2017 MEDAL CEREMONY

The image, which appears to be a modified version of an Associated Press photo from a 2017 Medal of Honor ceremony, bears a watermark from the conservative Daily Wire news website. 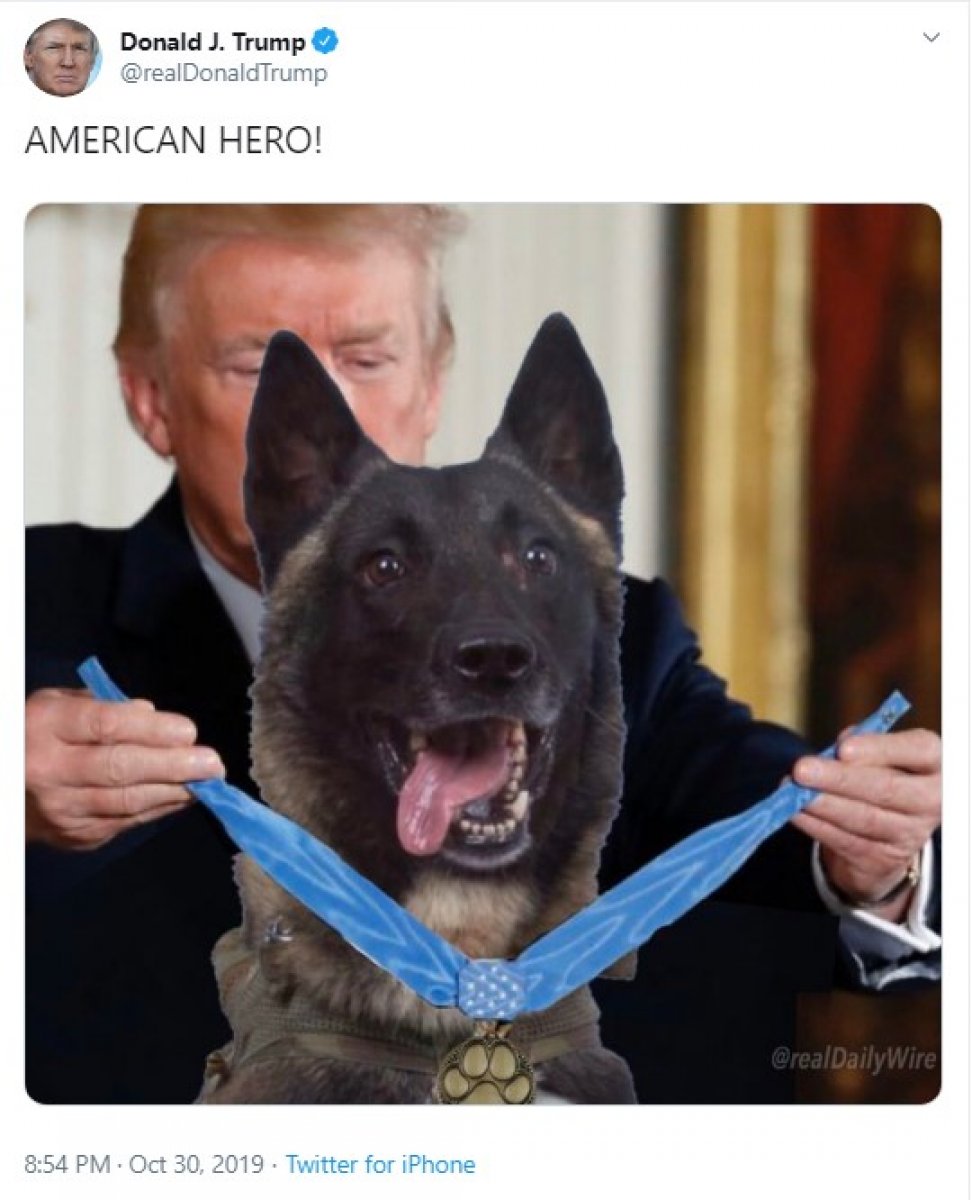 US officials have declined to identify the dog by name, but Newsweek reported the German Shepherd's name is Conan.

In announcing Baghdadi's killing, Trump said Sunday that the Daesh leader attempted to escape via a tunnel that ultimately was a dead-end, taking three young children with him "to certain death." 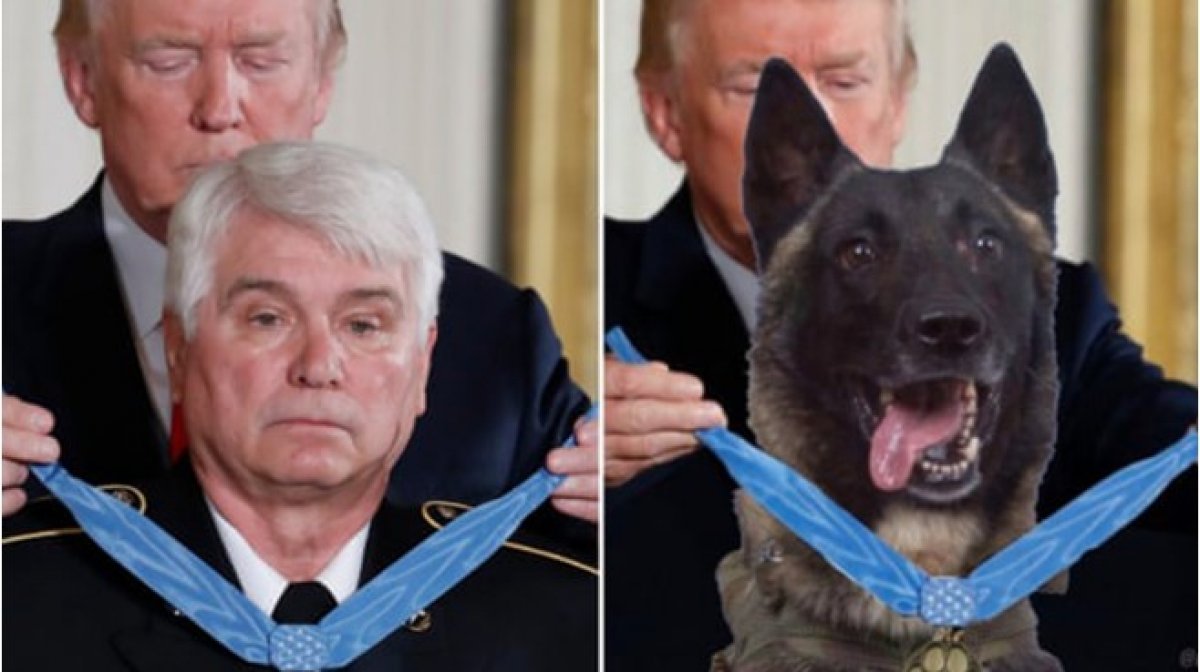 But as US forces led by a canine closed in, Baghdadi killed himself and took the lives of the children as the tunnel caved in around him following the explosion.

Trump hailed the dog as "beautiful" and "talented," adding "the dog was so great."

Trump said earlier Monday before departing Washington for Chicago that he is considering releasing video of the special forces mission, and Joint Chiefs Chairman Mark Milley added that while the US does possess photos and videos of the raid they are currently undergoing a declassification process.