Trump has ordered border agents to begin a mass roundup as early as Sunday of some 2,000 migrant families that have received deportation orders.

Donald Trump has directed immigration authorities to begin rounding up as soon as this weekend undocumented migrant families who have received deportation orders, according to a report published Friday.

The operations are set to begin in pre-dawn raids Sunday morning, the Washington Post reported citing three anonymous US officials. Roughly 2,000 families in 10 cities will be targeted for deportation over the weekend, according to the Post.

Trump first signaled the sweeping immigration operations were imminent when he tweeted Monday that the US Immigration and Customs Enforcement (ICE) agency would carry out raids next week to deport "the millions of illegal aliens who have illicitly found their way into the United States." "They will be removed as fast as they come in," said Trump. 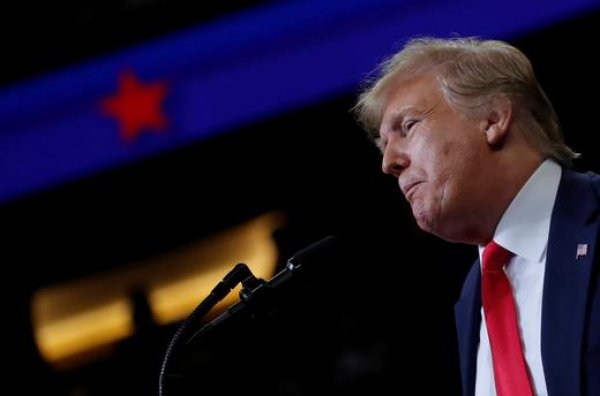 Trump has embarked on a clampdown on immigration  both legal and illegal since coming to office in 2017 with the brunt of his efforts devoted to curtailing undocumented migration from Central America where people are fleeing destitute conditions of rampant poverty and gang violence.

The operation that is set to begin Sunday will likely take several days to carry out, according to the Post. ICE will reportedly use hotel rooms to house immigrant families until they are all collected, at which point they will be deported to their countries of origin.

Trump administration's efforts to curtail immigration have repeatedly prompted controversy, particularly its "zero tolerance" policy which initially separated migrant children from their parents as they faced deportation proceedings. Several of Trump's efforts have been dealt with legal setbacks following successive court decisions that deemed them unconstitutional.