His tweet came a day after Apple reportedly denied a request from Attorney General Bill Barr to unlock the two phones belonging to the Saudi military trainee.

President Donald Trump urged Apple on Tuesday to help US authorities unlock two iPhones used by a Saudi pilot who went on a deadly shooting rampage last month at a navy base in Pensacola, Florida.

"APPLE HAS NOT GIVEN US ANY ASSISTANCE"

"We are helping Apple all of the time on TRADE and so many other issues, and yet they refuse to unlock phones used by killers, drug dealers and other violent criminal elements. They will have to step up to the plate and help our great Country, NOW! MAKE AMERICA GREAT AGAIN," Trump said on Twitter.

"So far, Apple has not given us any substantive assistance" in the probe, Attorney General Bill Barr Barr said in a press conference. 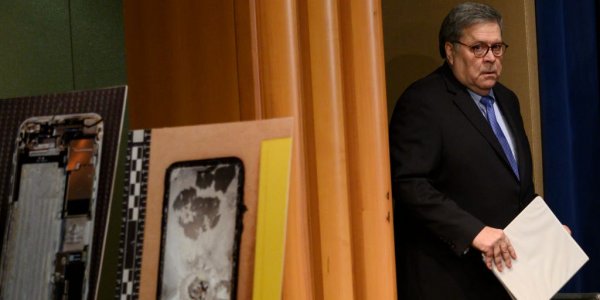 In a statement, however, the company rejected the characterization and said its responses have been timely and thorough since the attack. "We have always maintained there is no such thing as a backdoor just for the good guys," the company said.

"Backdoors can also be exploited by those who threaten our national security and the data security of our customers. We feel strongly encryption is vital to protecting our country and our users' data," it added.

On Dec. 6, Mohammed Alshamrani, a second lieutenant in the Royal Saudi Air Force who was a student naval flight officer at Naval Aviation Schools Command, shot and killed three American service members and injured eight others before being shot and killed by a sheriff’s deputy.