Recent economic data are already complicating the Federal Reserve’s job. Policymakers have expected the economy to slow, also regarded the likely slowing as modest and not enough to warrant a rate cut

Trump’s attacks on the Federal Reserve have broken one set of precedents, his talk of stacking the central bank with political allies has strained another, and his on-again off-again tariff threats have made the economic outlook harder than ever to predict.

"THERE IS A KIND OF FEED THE BEAST ASPECT TO IT"

While the Fed may well find reason to cut interest rates in recent weak job and inflation readings, doing so could also put a safety net under Trump policies that, to the eyes of many policymakers, have to date done more harm than good.

“There is a kind of feed the beast aspect to it,” said former Fed vice chair Alan Blinder. “Among the many things the Fed has to take as given is trade policy. And if in fact trade policy is going to push the economy into a slump, that is a reason to cut interest rates. If the Fed comes in to bail him out you encourage bad behavior.” 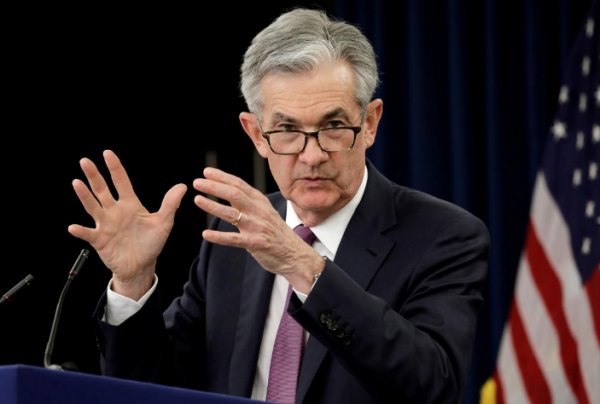 Fed Chair Jerome Powell and other officials insist they can only consider what is happening in the economy and the appropriate policy response, and not try to second guess what the administration does or might do.

Trump on Monday renewed his attacks on the Fed, claiming that central bank policy put him at a disadvantage in his trade negotiations with China because that country, with closer political control of its central bank, could devalue its currency or use other tools to offset the tariffs Trump has imposed on Chinese imports. “Our Fed is very destructive to us. They haven’t listened to me,” Trump said in a CNBC interview. “They’re not my people.”