US President Trump tangled with French President Macron in a tense exchange in front of reporters in London.

US President Donald Trump said his French counterpart Emmanuel Macron gave “one of the greatest non-answers I have ever heard” at a joint news conference on Tuesday.

In response to a question posed to Trump by a US journalist who asked whether France should do more to take ISIS (Daesh) fighters captured in the Middle East, the U.S. president said he would pass that question on to Macron, asking him in a light-hearted tone if he would like “some nice ISIS fighters”.

The French president gave a long answer, in which he argued that foreign fighters from European countries were a small minority among ISIS troops, and that it would be unhelpful to focus on them rather than on the broader problem. 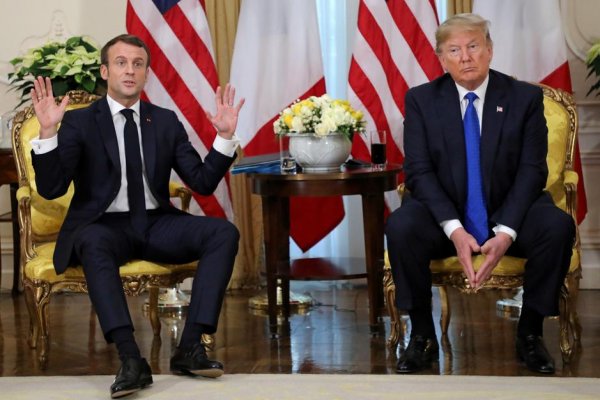 He said the priority was to finish the war against the militant group.

“This is why he is a great politician because that was one of the greatest non-answers I have ever heard, and that’s OK,” Trump said.