Trump was to receive the fifth dose of Remdesivir, an experimental antiviral drug before he leaves the hospital, and a sixth dose at the White House on Tuesday.

US President Donald Trump left Walter Reed Medical Center Monday evening as he is expected to continue treatment for coronavirus at the White House.

HE APPEARED TO STRUGGLE BREATHING

Trump departed the medical facility aboard Marine One, and was to land at the executive mansion roughly ten minutes later. He did not take shouted questions from a reporter as he entered the motorcade that took him to the helicopter for the brief ride.

Shortly before leaving he took to Twitter to say he would be returning to campaigning "soon" as he continues to lag behind Democratic nominee Joe Biden in nationwide polling.

It is unclear when Trump is seeking to return to the campaign trail, but Dr. Sean Conley, one of the physicians treating the president at Walter Reed, acknowledged Trump will be discharged from the hospital Monday evening, but cautioned "he may not entirely be out of the woods yet." 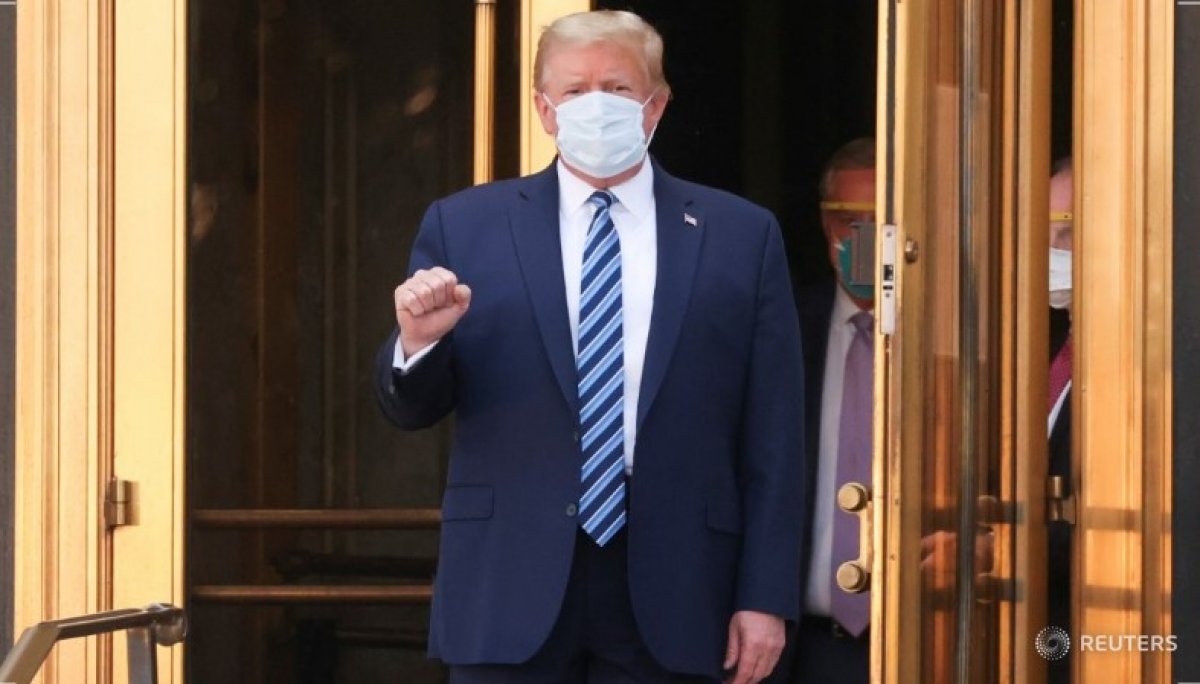