Iran will “see the end” of Donald Trump, but Trump will “never see the end of Iran”, Iranian Foreign Minister Javad Zarif said Friday amid an ongoing war of words between Tehran and the Trump administration.

"DONALD TRUMP IS THE REAL TERRORIST"

Speaking from Pakistani capital Islamabad, Zarif slammed the US president for a recent tweet in which the latter accused Iran of supporting terrorist groups. “Donald Trump is the real terrorist,” Zarif said. “He is responsible for waging economic terrorism against Iran.”

In a Sunday tweet, the US president also said that if Iran wanted to fight, it would be the “end of Iran”. Zarif responded to the threat by saying: “We will see the end of Trump, but he will never see the end of Iran.” 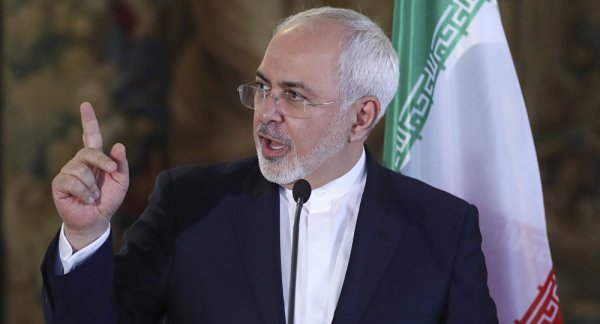 Tensions between the two countries have mounted steadily since Trump unilaterally withdrew the US from a landmark nuclear agreement between Iran and the P5+1 group of nations (the five permanent UN Security Council members plus Germany).

The Trump administration has also re-imposed sanctions on Iran’s banking and energy sectors, while Iran has threatened to close the strategic Strait of Hormuz to US oil shipments.