Trump and Zelensky had met on the sidelines of the United Nations hours after the White House released a partial readout of the two leaders’ July 25 call.

US President Donald Trump on Wednesday denied threatening Ukraine's leader during a telephone conversation that has become the foundation for an impeachment investigation he is facing.

The president continued to dismiss the controversy surrounding the call, in which he asked Volodymyr Zelensky to investigate former US Vice President Joe Biden and his son, Hunter Biden, saying the scrutiny is "a big hoax."

"NO PUSH, NO PRESSURE"

"It's a joke. Impeachment, for that? When you have a wonderful meeting or a wonderful phone conversation?" Trump asked rhetorically during his closing press conference at the 74th UN General Assembly. "I didn't threaten anybody." "No push, no pressure, no nothing," he added. 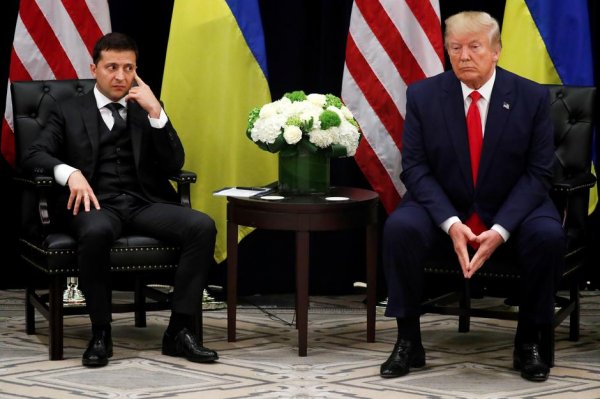 Trump further said he will release a transcript of a second phone call he had with Zelensky after the White House earlier Wednesday released a rough transcript of the call that kicked off the controversy. In that memo, which the White House said was based on notes and recollections and was not verbatim, Trump asks Zelensky to investigate Biden and his son over so far uncorroborated allegations of corruption.

"I would like you to do us a favor," Trump said after Zelensky raised the issue of arms purchases from the US, according to the transcript. 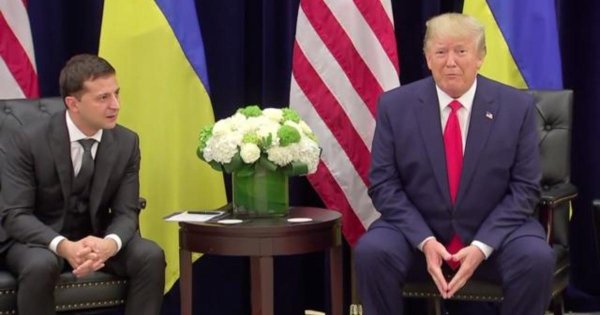 "There's a lot of talk about Biden's son, that Biden stopped the prosecution, and a lot of people want to find out about that, so whatever you can do with the Attorney General would be great," Trump said. "I will have Mr. Giuliani give you a call, and I am also going to have Attorney General Barr call, and we will get to the bottom of it. I'm sure you will figure it out."