President Trump on Friday said Hollywood, "with the kind of movies they're putting out, it's very dangerous for our country."

US President Trump took aim at the entertainment industry on Friday. He blamed popular culture for pushing "dangerous" movies on society and stated that "Hollywood is racist."

"THEY LIKE TO CALL THEMSELVES ELITE, BUT THEY ARE NOT"

His remarks come amid controversy over "The Hunt," the film about elite vacationers hunting down blue-collar whites for sport. 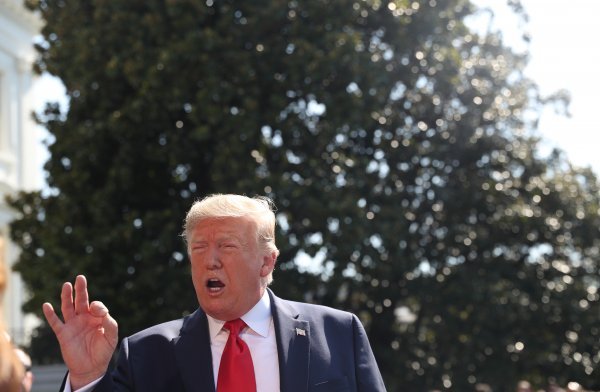 The film has generated backlash on Fox News and other conservative outlets. Universal has suspended marketing for the film — due out on Sept. 27 — in the wake of the El Paso and Dayton shootings. 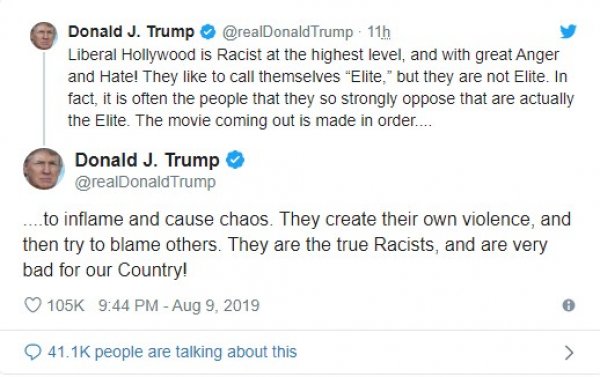 US President went on a similar rant, after questions from reporters about the mass shootings and whether his racist rhetoric played a role. 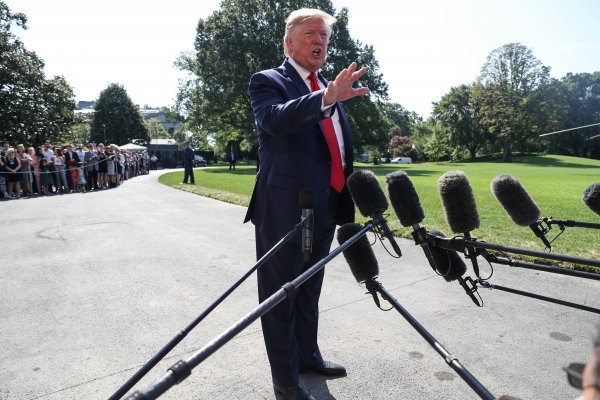 In response to a question about whether tech companies have been unfairly banning conservatives, he claimed that Hollywood was racist.