Donald Trump and Polish President Andrzej Duda inked a new defense agreement at the White House on Wednesday that will station an additional 1,000 US troops in Poland.

Trump on Wednesday announced a new defense cooperation between the United States and Poland, saying 1,000 more American service members will be sent to the country as part of a “strategic partnership,” while celebrating Poland’s planned purchase of F-35 Joint Strike Fighter jets from the US.

The White House said the flyover partly recognizes Poland's decision to acquire F-35s of its own, a long-sought-after purchase so that Warsaw could replace aging Soviet-era planes. 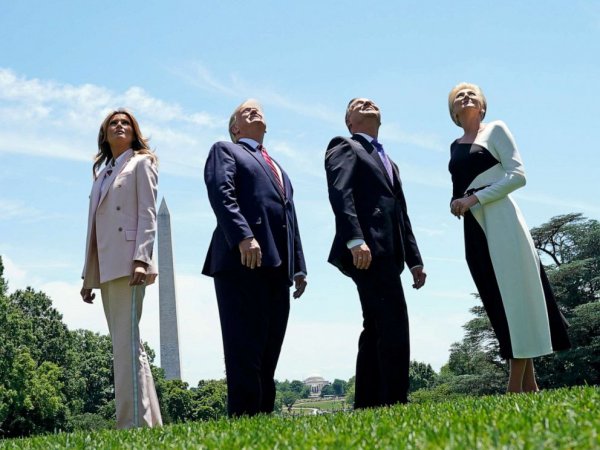 Trump said that Poland had agreed to purchase "32 or 35 brand new F-35s at the highest level." He later said the number was 32.

Having made every effort to block Turkey's Russian S-400 deal, the US has even decided to stop accepting new Turkish pilots for its F-35 training program.