Donald Trump and German Chancellor Angela Merkel on Friday exchanged views on security conflicts in Middle East and Africa on the sidelines of the G20 summit in Japan, a media report said.

TRADE DISPUTES HAVE BEEN TALKED ABOUT

According to the American magazine Politico, Trump and Merkel discussed "a wide range of issues, including Iran’s dangerous activity in the Middle East".

Libya and the Sahel region of Africa, eastern Ukraine and the US-EU trade issues were also addressed during the meeting, it added. Trump blasted Germany for its contribution to the construction of the Nord Stream 2 gas pipeline, adding that it will only increase European dependence on Russian natural gas, according to the political magazine. Speaking to reporters after the closed-door meeting, Trump called Merkel a "great friend". The meeting comes in the aftermath of widening trade and currency disputes between Europe and the US. 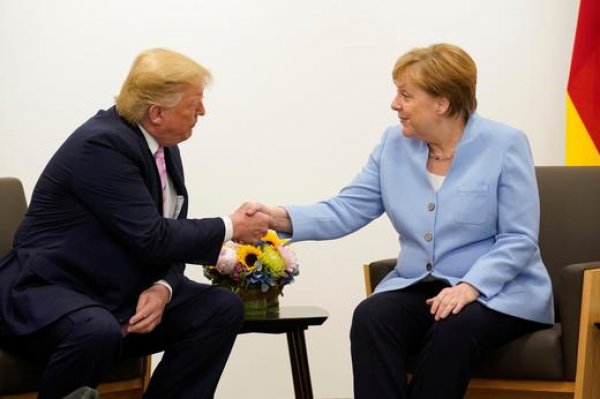 Trump, considering euro devaluation a motivated attack to dollar's competitiveness, blasted Draghi's move in a series of tweets and said "Europe, China and others are getting away with their unfair policies for a long time". Trump has also been criticizing the German government's humanitarian policies toward refugees. 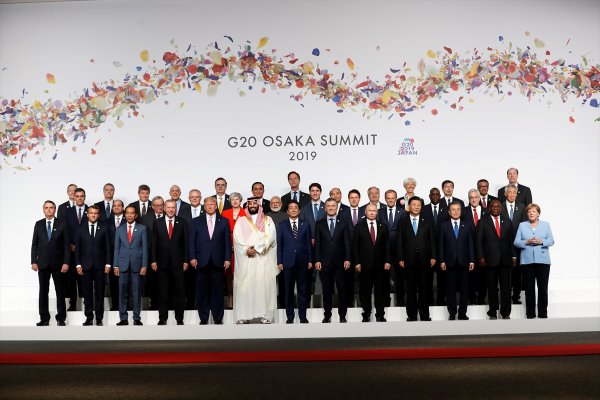 This comes in stark contrast to his comments in 2013, three years before he was inaugurated as president of the US, where he praised Merkel for "doing a fantastic job as the Chancellor of Germany". Trump has also threatened Germany and other EU nations with auto tariffs if they do not abide by Trump's "fair trade" agenda in six months.

US administration is also criticizing its allies in NATO, including Germany, that fail to allocate at least 2 percent of their defense budget for shared goals of the 29-member military alliance.