A passenger train derailed in Bangladesh on Monday, killing at least five people and injuring more than 100, and there could be more casualties inside two carriages that fell into a canal.

FOUR DEAD AND OVER HUNDRED INJURED

"We have recovered four dead bodies till now including three women and one man," Yardous Hasan, officer-in-charge of Kulaura Police Station, told Anadolu Agency. He added that more than 100 others have been wounded, most of whom left hospital after primary treatment. One of the dead has been identified as Anwara Parvin, Hasan said. 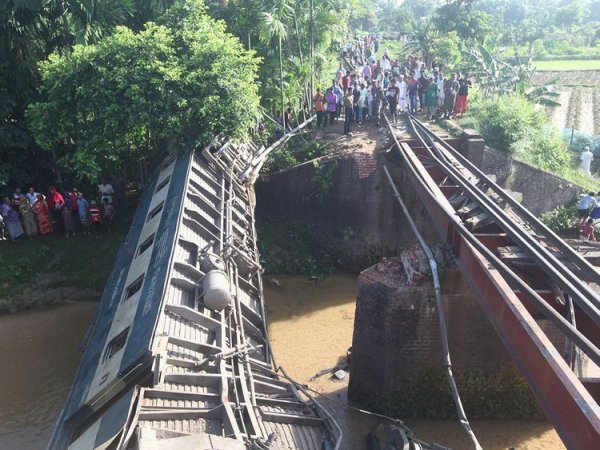 The accident took place as several bogies of Dhaka-bound "Upaban Express" train from Sylhet veered off the tracks after a culvert over the Barochhara Canal, 200 yards off Baramchal Railway Station, broke down, local media reports said citing Fire services.

Two of the bogies fell into the canal and one of them overturned. Meanwhile, citing local health and family planning official Dr. Nurul Haque, the Jugantor newspaper reported death toll as seven and the number of the wounded as 250. 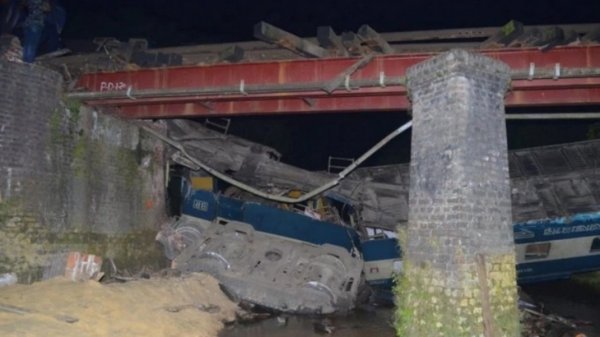 Some other local newspapers also report death toll as five. A duty officer of Fire Service Headquarters confirmed the four dead to Anadolu Agency. Fifty-six members of 13 fire units are currently working there, said the officer, speaking on the condition of anonymity. The accident also snapped Sylhet's rail with other parts of the country, including the capital.