Sympathizers of the PKK terrorist organization attacked on Friday the vehicle of a local Turkish family with a baby in Norway's capital Oslo.

PKK supporters in Oslo, Norway pelted a Turkish family’s car with stones after noticing a Turkish flag on their vehicle. The family, including their infant child, was on their way home from a demonstration held in support of Turkey’s operation in northern Syria.

Footage showed the PKK supporters' attack with stones on the family who were on their way back from a demonstration held in support of Syria operation. 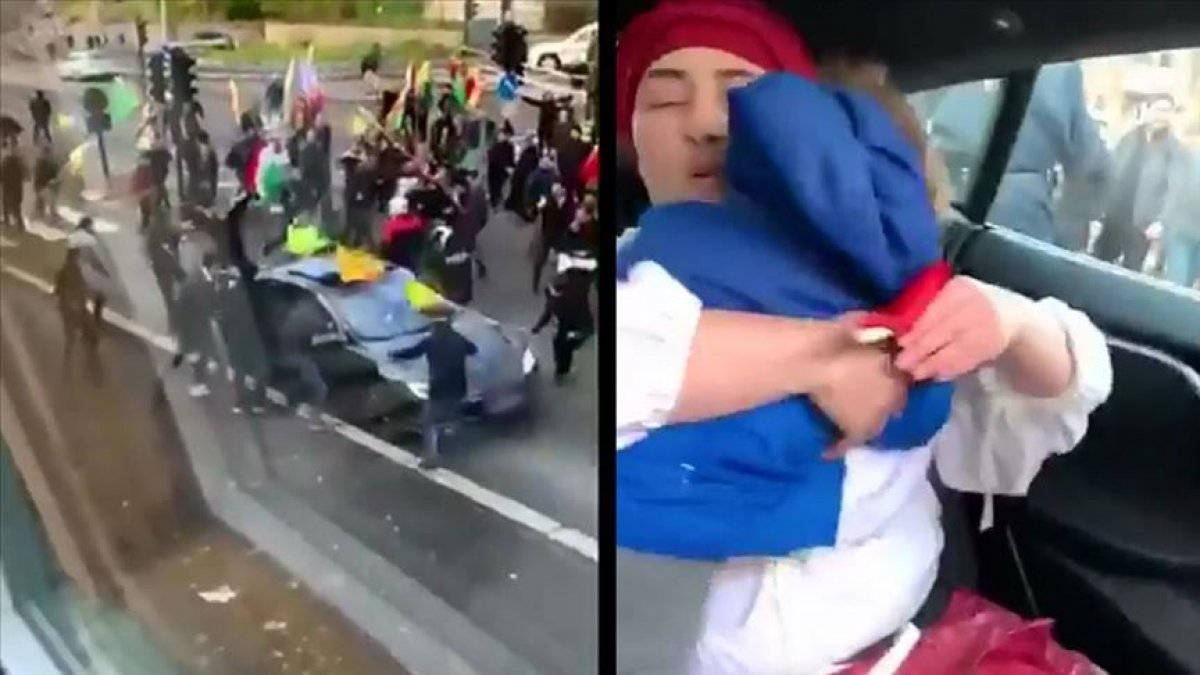 Members of several Turkish civil society organizations gathered Friday in front of Turkey’s embassy in Oslo in a show of support for Operation Peace Spring in Syria, with PKK sympathizers attacking participants as they returned home.