PKK terror group is suspected to be responsible for the attack.

At least five civilians were killed and 11 injured on Tuesday in a possible YPG/PKK terrorist attack in northwestern Syria.

The attack came though a car bomb explosion in a crowded area of Jinderes in the city of Afrin. 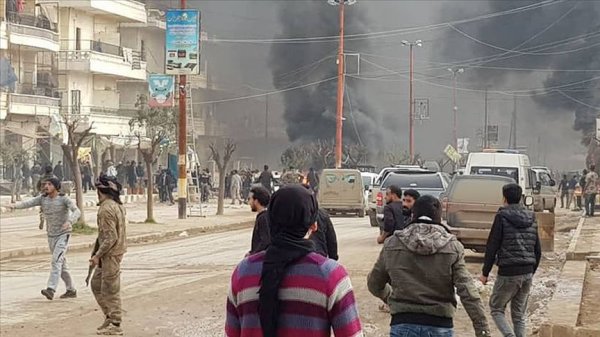 Local security forces claimed the YPG/PKK terrorist group could be behind the attack.