Trump is demanding Russia and Iran stop bombing the hell out of in Idlib.

The Syrian regime and its principal allies Russia and Iran should immediately halt their offensive on an opposition-held province in northwestern Syria, Donald Trump said Sunday.

"THE WORLD IS WATCHING THIS BUTCHERY"

"Hearing word that Russia, Syria and, to a lesser extent, Iran, are bombing the hell out of Idlib province in Syria, and indiscriminately killing many innocent civilians," Trump said on Twitter. "The World is watching this butchery. What is the purpose, what will it get you? STOP!" 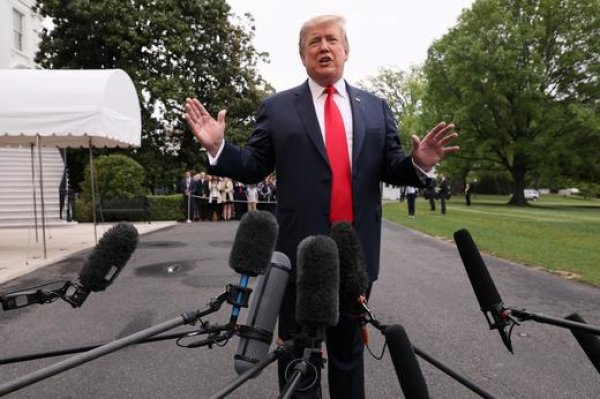 The White Helmets civil defense agency reported earlier Sunday that four civilians were killed in airstrikes by regime forces and Russia in northern Syria  the latest casualties in an ongoing offensive that has claimed the lives of 160 civilians and displaced 270,000 others this month alone.

The Syrian regime and its allies, however, have consistently broken the terms of the ceasefire, launching frequent attacks inside the de-escalation zone.