The helicopter was moving to target opposition positions amid an ongoing push to recapture Saraqib from regime forces.

Syrian opposition groups reported Tuesday that they downed a Syrian regime helicopter in the "de-escalation zone" in northwest Syria.

HELICOPTER WAS HIT WHILE FLYING OVER AL-NAIYRAB VILLAGE

Opposition sources told Anadolu Agency that the helicopter was hit directly while flying over Al-Naiyrab village west of the town of Saraqib.

The Bashar al-Assad regime and its allies have continued intensified air and land attacks on civilian settlements in the de-escalation zone. 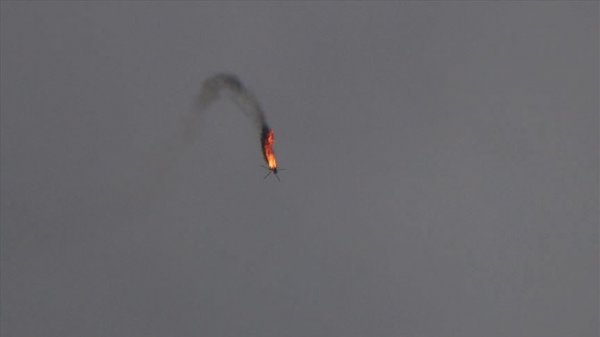 The regime managed to take control of wide areas in Idlib and is set to seize control of the strategic M5 highway that connects the capital Damascus to Aleppo, Syria's second-biggest city.