Days after the ouster of Sudan’s longtime leader, the new head of the country’s transitional military council on Saturday pledged large-scale political and economic reforms.

In a televised address, Lt. Gen. Abdel Fattah Burhan announced the lifting of the state of emergency and the curfew imposed by the old council, whose reins Burhan took only yesterday, replacing Defense Minister Ahmed Awad Ibn Auf.

Sudan’s two-year transitional period wil l end with free and fair elections, said Burhan, also pledging to put on trial those involved in the killing of the protesters as well as corruption under the old regime. Burhan also declared a nationwide cease-fire, calling on armed movements to return to the negotiating table for lasting peace in Sudan. He also pledged to hold talks with the opposition, and later the Sudanese Professional Association (SPA) said it had accepted an invitation for dialogue on a “transition to civilian authority." 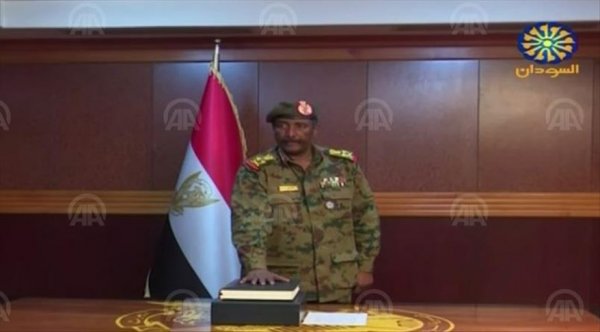 “The Declaration of Freedom and Change parties [which led demonstrations against the Sudanese regime] received a call by the army’s command to participate in Saturday’s meeting, and we have decided to accept the invitation,” the group posted on Facebook. Talks would be aimed at “reaching a transitional civilian authority that would implement the revolution’s demands,” it added. 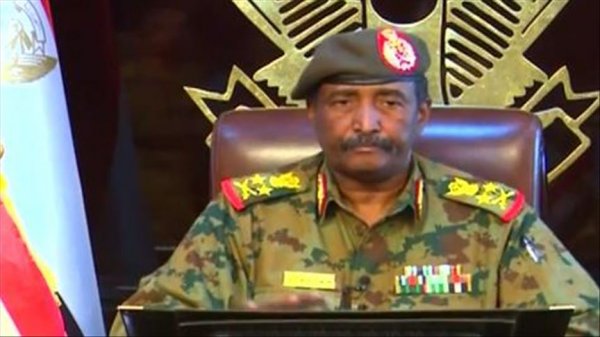 The group also called for continued demonstrations, which started last December against al-Bashir’s 30-year rule, in order to "protect our revolution." The opposition statement came as thousands of Sudanese protestors continued their sit-in at front of the military headquarters in the capital Khartoum for the eighth day in a row.