A track fire at the Union Square subway station filled the transit hub with dense clouds of smoke.

One of New York City's busiest subway stations was evacuated after commuters heard an 'explosion' and the area filled with smoke following a fire.

Footage from yesterday shows panicked travelers walking through the smoke from the 4 Train towards the exit at Union Square. 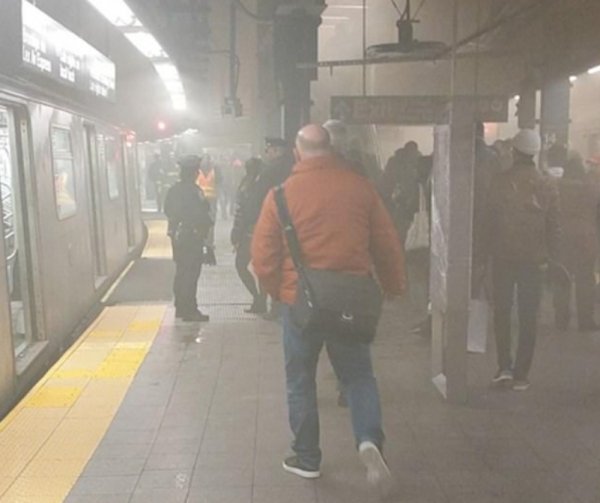 The fire at the station, which is the city's fourth busiest, was caused by debris on the track, a NYPD Transit spokesperson confirmed.