Spain pulls frigate from US Navy over Iran tensions

Spain has recalled a frigate accompanying a US aircraft carrier to the Middle East because of rising tensions between Washington and Tehran.

Spain has withdrawn a frigate from a US-led naval group in the Gulf because it was now focusing on alleged threats from Iran rather than an agreed objective to mark an historic seafaring anniversary, the Spanish government said on Tuesday.

"WE DON’T WANT TO GO TO WAR WITH IRAN"

"The US government has taken a decision outside of the framework of what had been agreed with the Spanish Navy," acting Defense Minister Margarita Robles told reporters in Brussels. 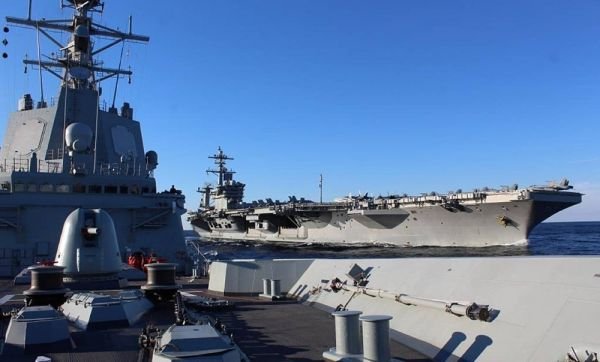 Robles said Spain respected the US decision to focus on Iran and would rejoin the group as soon as it returns to its original task, adding: "Spain will always act as a serious and reliable partner as part of the European Union and within NATO."

While the European Union shares some US concerns about Iran, including its involvement in Syria’s war, it still backs a 2015 international nuclear deal with Tehran from which US President Donald Trump withdrew a year ago.