Poll results suggested that Spain's far-right party Vox will have the majority.

The Socialist Party won a minority government Sunday in Spain’s fourth general elections in four years, but the Spanish Parliament has become more fragmented than ever.

The Socialists, led by Pedro Sanchez, lost three seats compared to the last elections in April. They now have 120 seats – far from the 176 needed to form a majority. “I call on the generosity of other parties to help end this political blockade,” Sanchez said in a speech.

THE RISE OF THE RIGHT WING

Sunday’s results have brought four new parties to the parliament. There are now 17 parties altogether, further complicating the puzzle of governability.

Tonight’s big winner was Vox – the far-right party that broke onto the scene in the general elections last April. They more than doubled their presence in parliament tonight, winning 52 seats after a campaign filled with strong rhetoric against Catalan separatism and immigration. 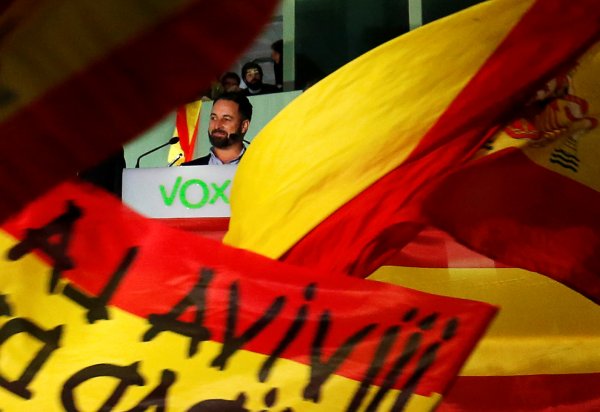 "Just 11 months ago, we didn’t have representation in any main institution. Today, we became the third-largest force in the country,” said Santiago Abascal, the leader of Vox, in a triumphant speech, promising to “restore the constitutional order in Catalonia.” 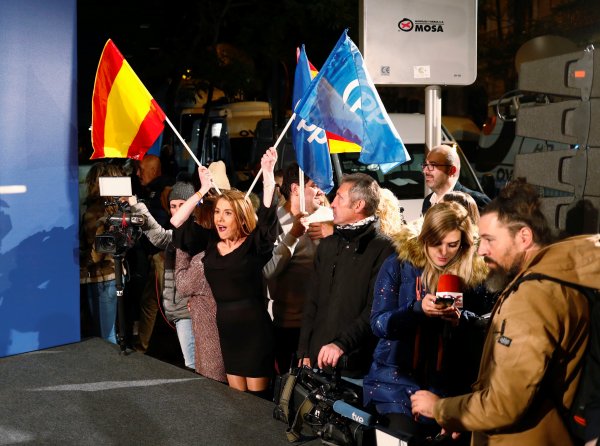 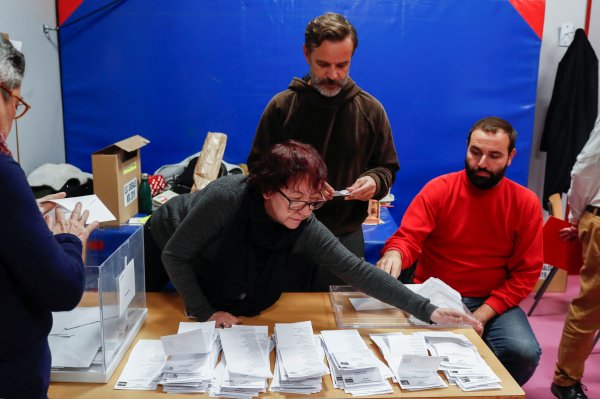 These results mean that negotiations between politicians are mandatory to avoid more repeat elections, and with parliament being more fractured than it was after the vote in April, the bargaining will be even more difficult.

However, with the positive momentum behind Vox, parties from all sides may be forced to do whatever they can to avoid another round of polls.