On July 4, Gibraltar detained the tanker over claims that it was delivering crude oil to Syria in violation of EU sanctions.

With assurances from Tehran, an Iranian oil tanker detained in the Persian Gulf last month could leave soon, but with a possible US challenge looming, Gibraltar said on Friday.

THE TANKER WILL BE ABLE TO LEAVE SOON

The Grace 1 tanker will be "able to leave as soon as she organizes the logistics necessary in order to sail a ship of that size wherever it's going next," Fabian Picardo, Gibraltar’s chief minister, told the BBC.

It "could be today, could be tomorrow," said the leader of the British overseas territory near Spain’s southern tip. His remarks came a day after the Grace 1 was released from detention under the Sanctions Act as confirmed by the chief justice of Gibraltar’s Supreme Court. 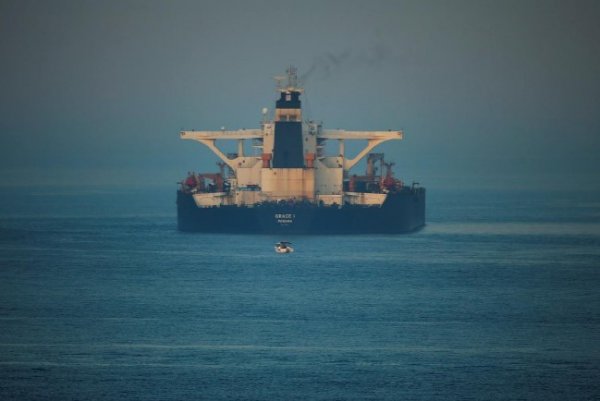 Picardo said in a statement Thursday that he had received "written assurance" from Tehran that if the tanker is released, its destination will not be an entity under European Union sanctions.

Also according to the statement, the US Justice Department has requested that a new legal procedure for the tanker’s detention should begin. Iran, for its part, said the US attempted to abuse the legal system to steal Tehran's property on the high seas. "This piracy attempt is indicative of Trump admin's contempt for the law," Foreign Minister Javad Zarif said on Twitter.

Asked about the US bid to seize the tanker from Gibraltar’s control, Picardo told the BBC that the issue "could go back to the court absolutely."