Vehicles drive through a road reopened by security forces after it was blocked by anti-government.

DEMONSTRATORS HAVE CAMPED OUT FOR MONTHS

The clashes took place after authorities began removing concrete barriers near Tahrir Square, where anti-government demonstrators have camped out for months, and across at least one main bridge over the Tigris River in the capital. 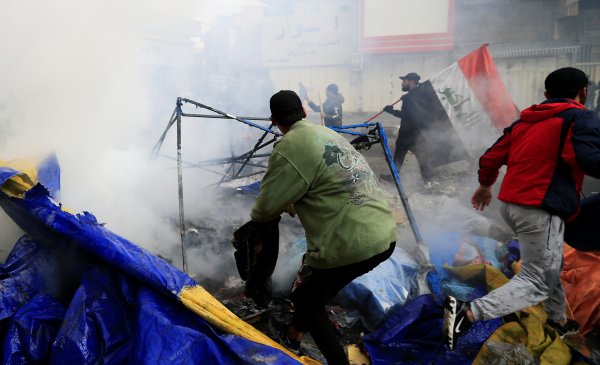 Supporters of populist cleric Moqtada al-Sadr had begun to leave protest camps overnight after he announced he would no longer be involved in the anti-government demonstrations. 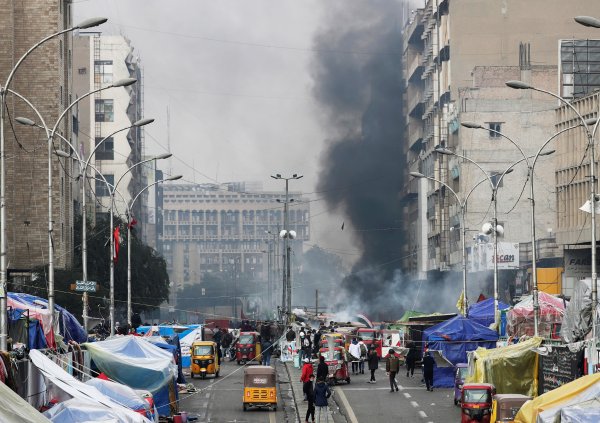 In the southern city of Basra, security forces raided the main anti-government sit-in overnight and deployed in force to stop protesters gathering there again, security sources said. Police arrested at least 16 protesters in the city, they said. 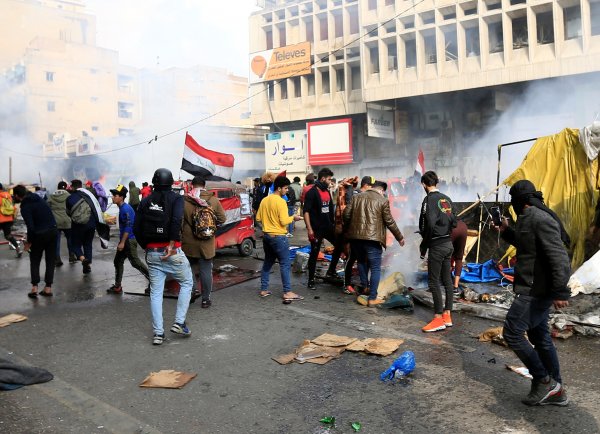 At least 34 people were injured in the clashes between police and protesters in Baghdad, and another six in the southern city of Nassiriya, security sources and medics said.