Russian President has been greeted in Saudi Arabia by a dodgy rendition of the Russian national anthem.

PUTIN IS NOT AMUSED

Putin and Saudi Arabia's King Salman attend the official welcome ceremony in Riyadh ahead of the meeting.

Putin listened to a Saudi military band play Russia's national anthem. But he is seen not amused by 'Saudi remix' of it. 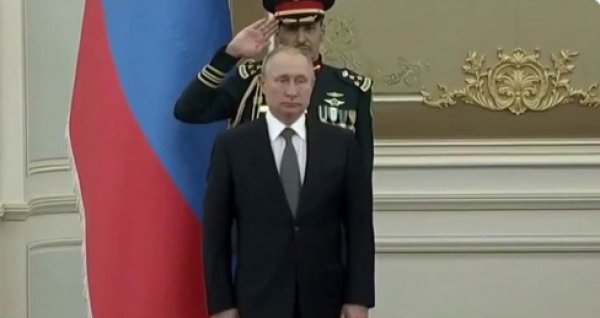 The unexpected ear-shattering performance was regarded as one of the worst-ever anthems. 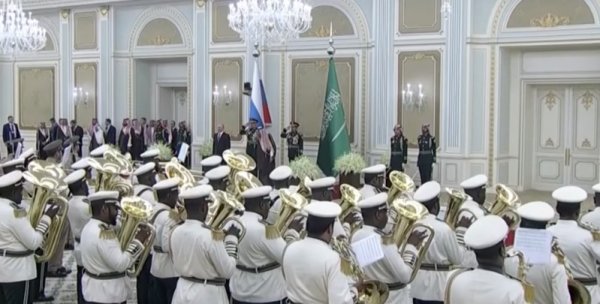