From headscarves to skirt models, the exhibition attracts attention.

Sardinia Island, located in the middle of the Mediterranean coasts of Italy and Tunisia, hosted the TEM 2022 event.

After being held in Munich and Frankfurt, Germany, the July 2022 Tourism Experience Management event was held on the Island of Sardinia, the autonomous region of Italy, between 28-30 October 2022, with the theme of "Experiential Tourism".

Introduced by the Sardinia Region Ministry of Tourism, Crafts and Trade, the event was held in an architecturally and aesthetically extraordinary venue called "Bastioni Saint Remy" in the city of Cagliari, Sardinia Island. National and international participants have been taken part in the event.

Intense participation to the event

While many local and foreign tourists accompanied the event, there was also an intense participation of bloggers, YouTubers, influencers and Journalists.

Relationships between buyers and sellers

TEM Sardinia 2022 aims to provide an ideal meeting place to establish valuable relationships between buyers and sellers in an innovative and stimulating environment, and to offer the stakeholders of the holiday world an opportunity to gain knowledge. 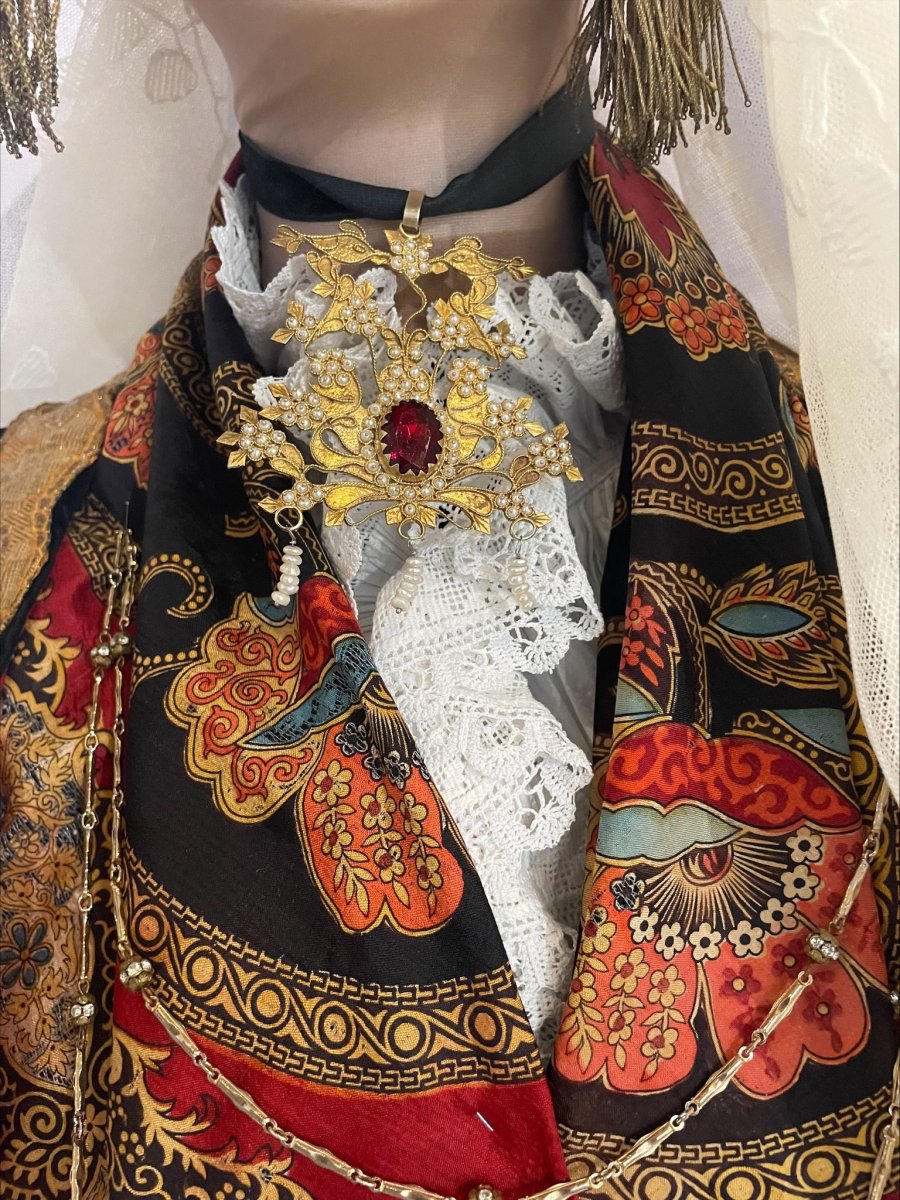 During the event, promotions were made about the culture and flavors of the Island of Sardinia, and the similarities of Sardinia's folklore and traditional culture with the Anatolian culture drew attention.

Tamara Erca, 21, from Sardinia, who attended the event, stated that Sardinia has three delicious dishes and these are culurgiones, maialetto and sardo e panada.

"In three of the four immersive thematic sections proposed to tell the true soul of Sardinia there were oculus rifts that allowed you to view the various paths: active and sports tourism, archaeological tourism, religious tourism and popular traditions.

I was able to attend conferences and meetings, in which Sardinian culture and traditions, innovations, sports, books etc. were discussed and talked about. They presented traditional dances, tasks and songs. I was surprised to see how many international people got interested and attended the TEM event," she said.

From headscarves to skirt models

The culture and traditional clothes of Sardinia Island, from headscarves to skirt models, from lace to ornaments, from food varieties to carpets, were exhibited in July 2022.

The fact that the traditional clothes of the local people of the 18th and 19th centuries reflect the cultural codes of Anatolia did not escape the attention of the participants. 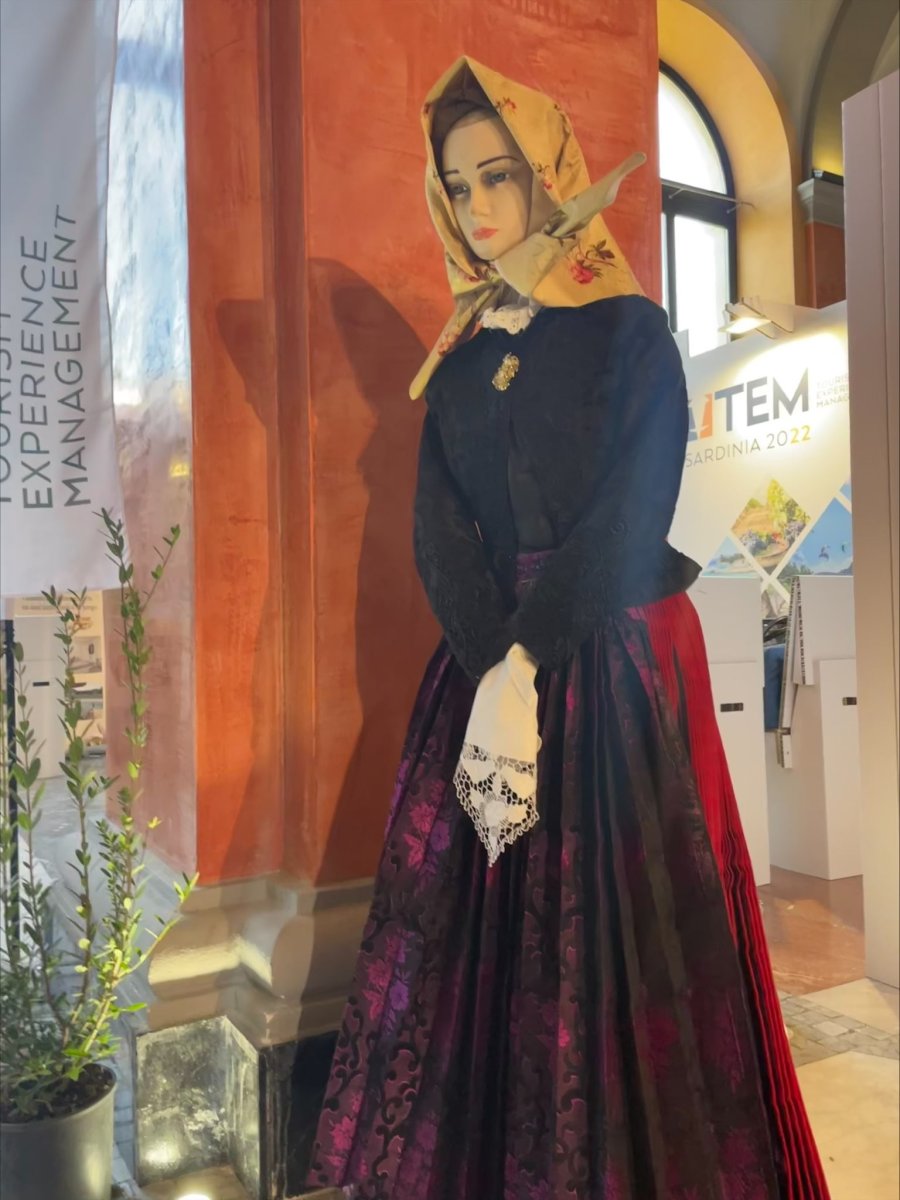 The most important cultural and tourism regions of Sardinia were visited with the team of bloggers and journalists participating in the event. Among these, the Su Marmuri Cave was among the most remarkable attractions. Cave has a distance of 850 meters from the entrance to the bottom area.

About 150 million years ago, the cave took its present form under the influence of water. The ceiling height inside the cave reaches a maximum of 70 meters. The Su Marmuri cave, which draws attention with its extraordinary tectonic structures, is among the most impressive caves in Europe and takes its name from the expression marmuri, which means marble.

While this culture and tradition on the Island of Sardinia, located in the middle of the Mediterranean, has continued for centuries, the TEM 2022 Tourism Experience Management event continues to keep its doors open to everyone in order to introduce the culture and folklore of the island to the whole world and to inform those waiting for it.

To check out the full three-day TEM 2022 event, visit the website: www.temsardinia.it 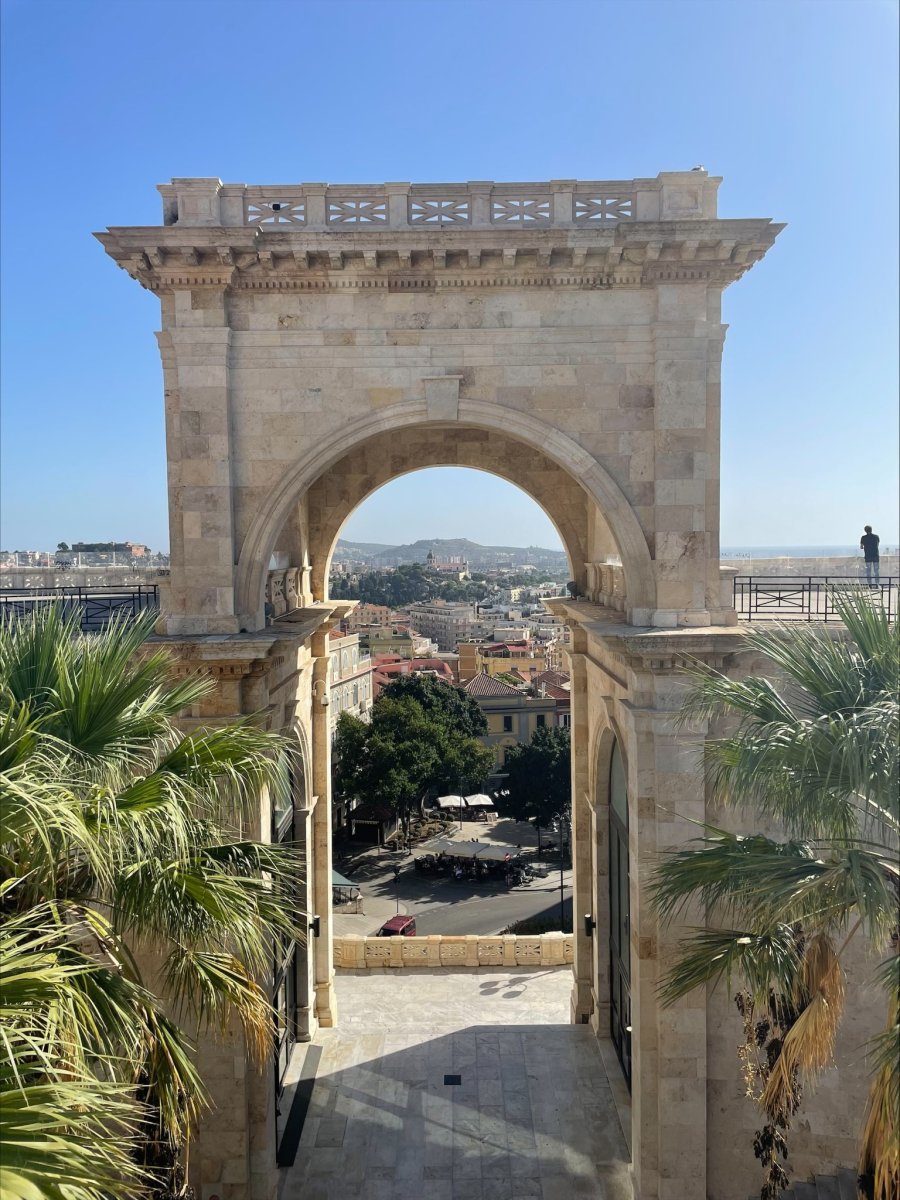 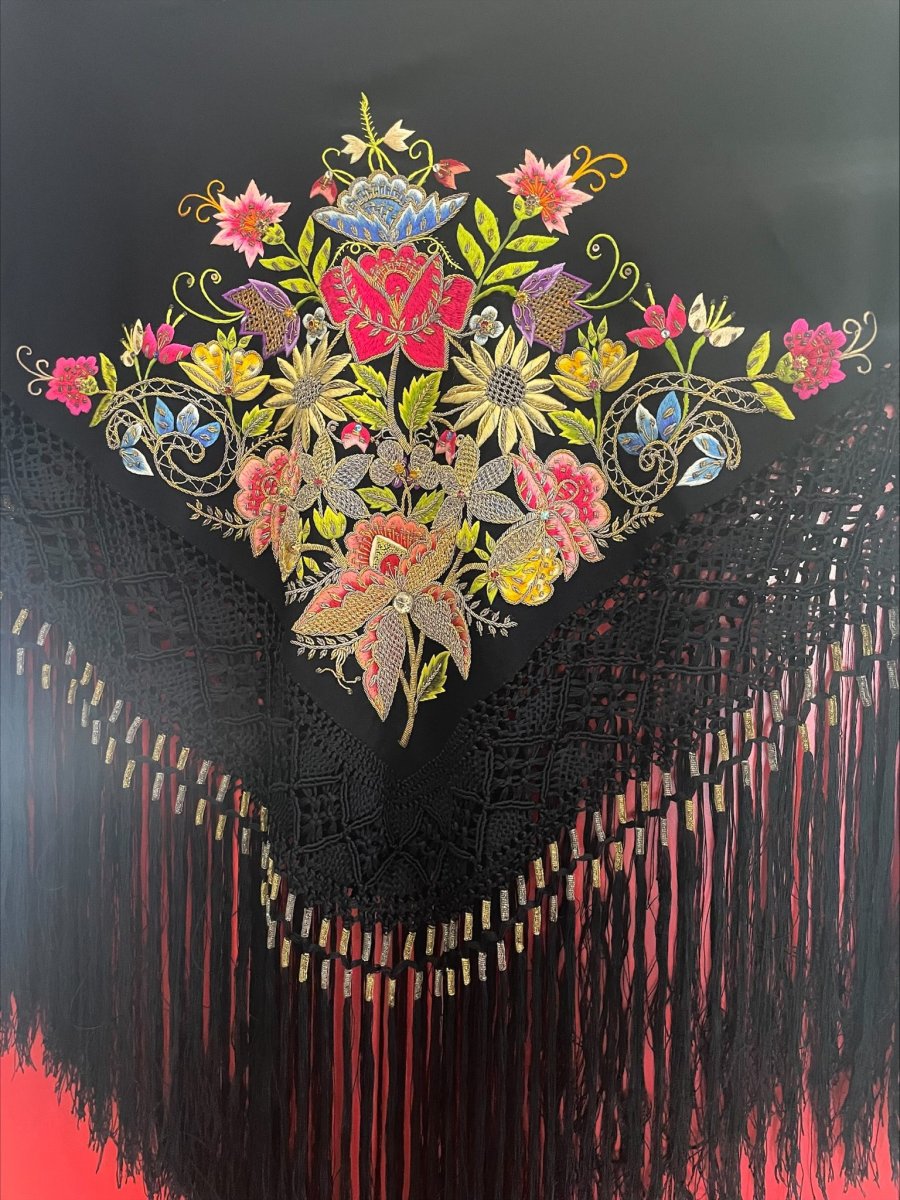 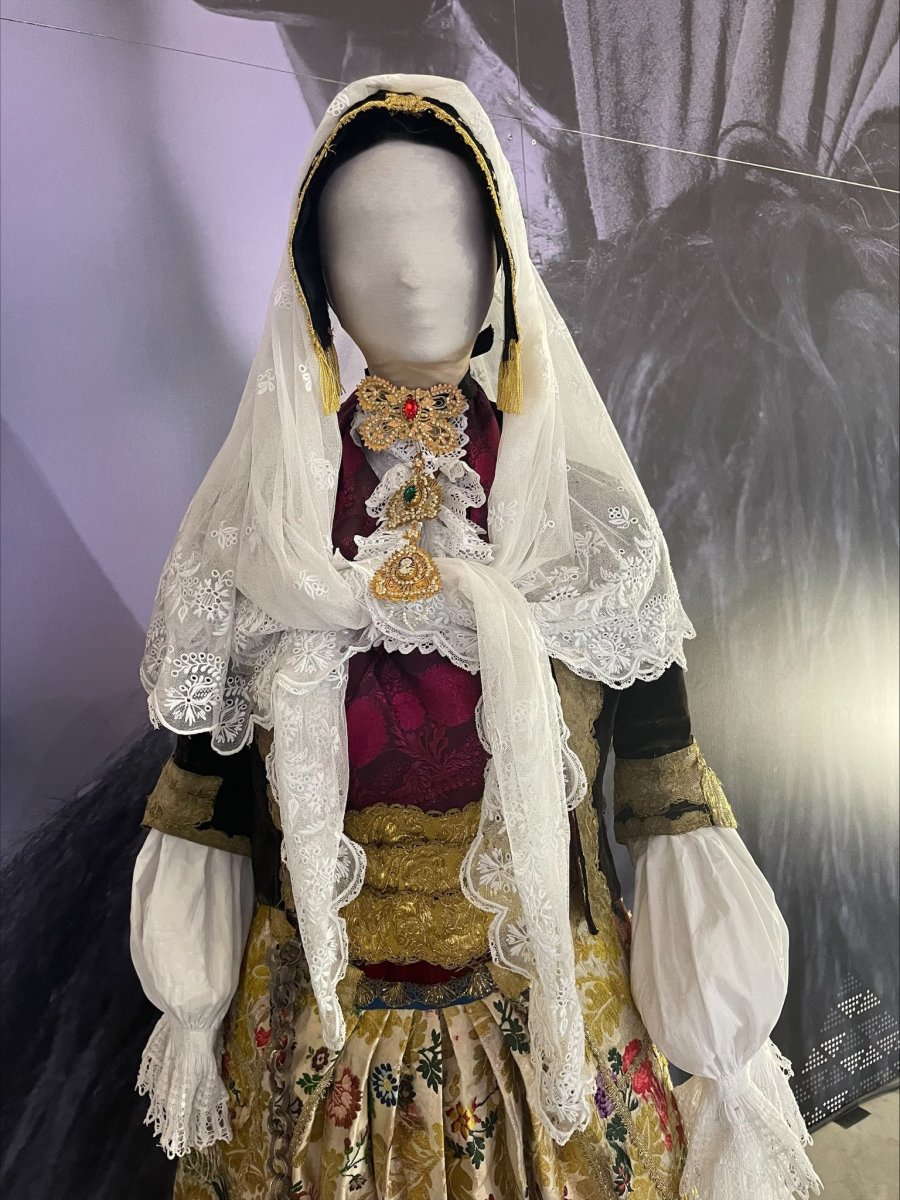 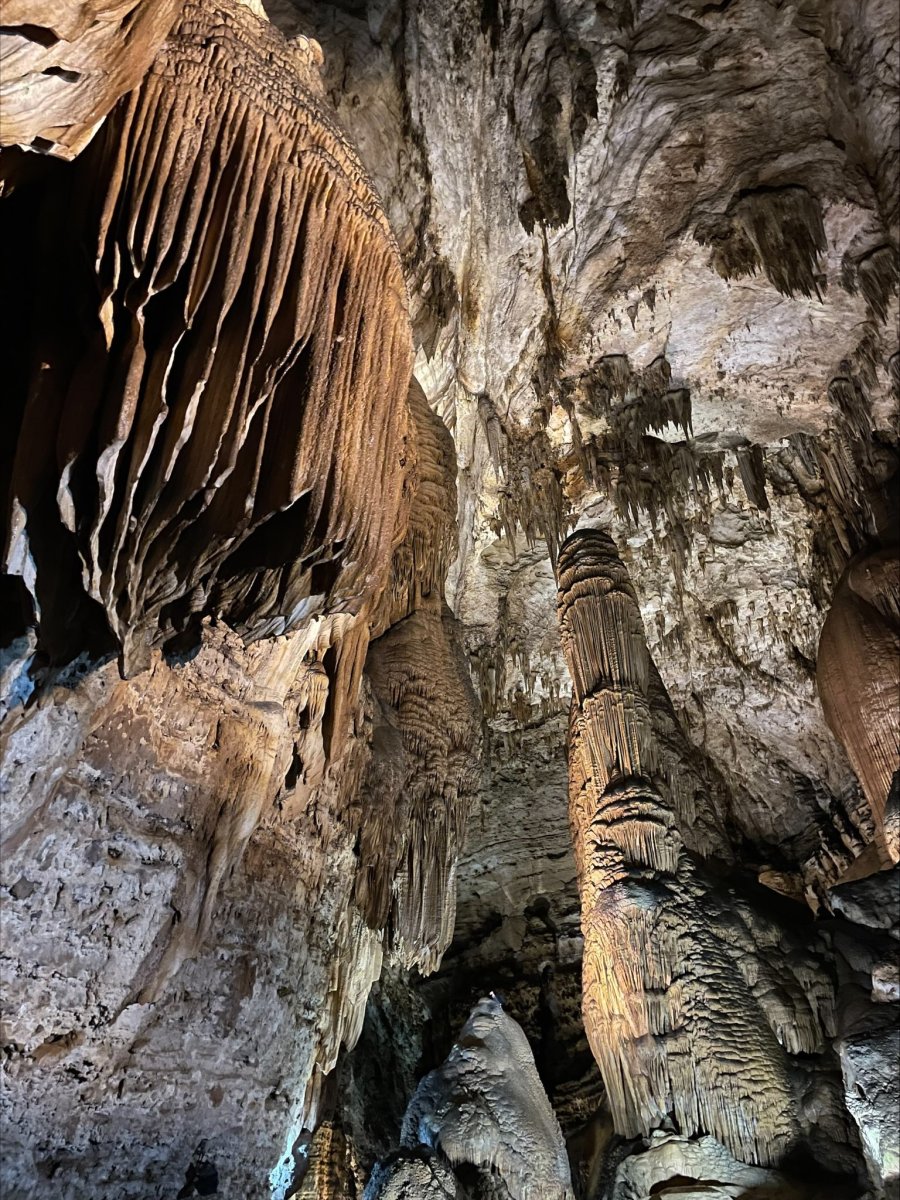