Trump spoke to Saudi Crown Prince Mohammed bin Salman about M.East stability and the oil market, the White House said, after tensions with Iran prompted a rise in oil prices.

In addition, the leaders "discussed Saudi Arabia’s critical role in ensuring stability in the Middle East and in the global oil market," the White House said in a brief statement.

Oil prices have surged as much as 10 percent over the past week amid regional tensions that have been rising between the US and Iran since Washington unilaterally withdrew last year from a landmark 2015 nuclear deal between Tehran and the five permanent members of the UN Security Council plus Germany and the EU. 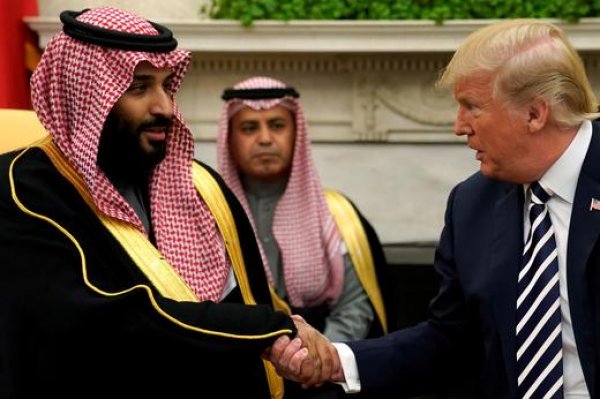 US has since embarked upon a diplomatic and economic campaign to ramp up pressure on Iran to force it to renegotiate the agreement.

Part of its campaign has included the re-imposition of US sanctions on exports of Iranian crude oil, which has sent the Iranian economy into a nosedive. US has largely relied on Saudi Arabia to make up the declined global oil outputs following the economic penalties on Iran.