The suspect, whose name has not been made public, was taken into custody on Saturday following his confession.

A volunteer church assistant confessed to starting the July 18 fire that severely damaged a gothic cathedral in Nantes, western France, on Sunday.

The accused, a 39-year-old man of Rwandan descent, has been rearrested and charged.

THE MOTIVATION FOR THE CRIME IS NOT KNOWN YET

An arson inquiry -- which typically carries a 10-year jail term -- was initiated last week after finding that the fire broke out in three different places in the Saint-Pierre-et-Saint-Paul Cathedral, which the volunteer had locked up the night before. He was detained for questioning but released the next day without charge. 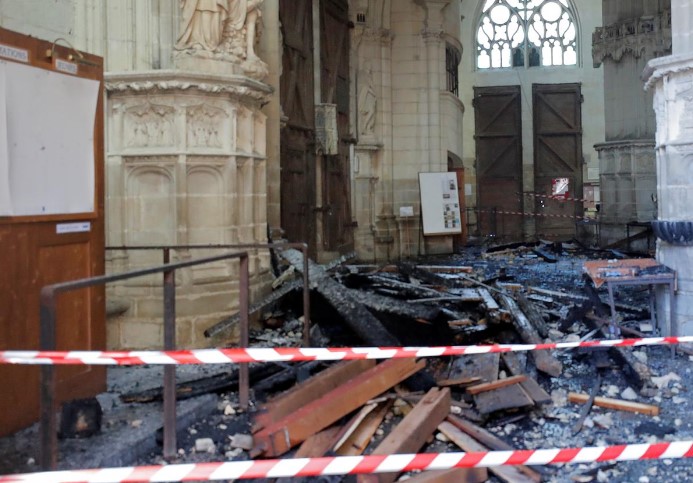 While the early morning fire was contained by 104 firefighters who managed to save its main structure, the church's priceless organ dating from the 17th century was completely destroyed. 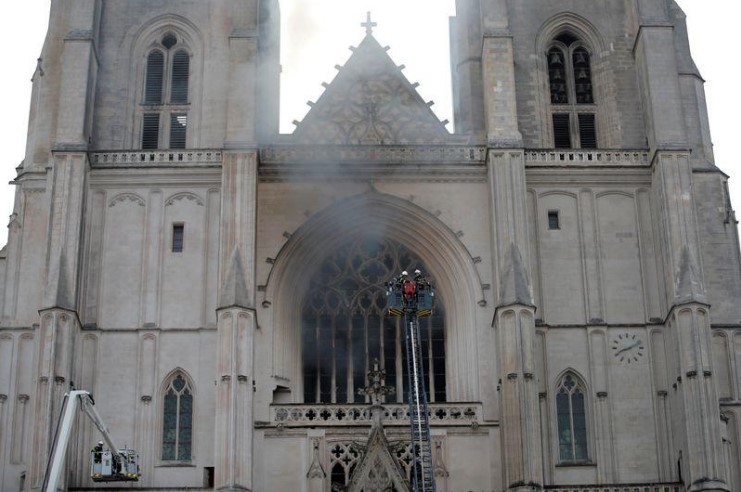 The motivation for the crime is not known yet; however, according to Radio France International, the man had been facing an order to leave the country. He was living in France since 2012.

"My client cooperated. He bitterly regrets his actions and confession has been a relief for him," Quentin Chabert, the man's attorney, told the local Presse Ocean newspaper. "He is consumed by remorse and is overwhelmed by the magnitude of the events."