The bases are located around 30 kilometers (18 miles) south of the Turkey-Syria border.

Russia, supporting Assad regime in Syria, settled in two bases in Ayn al-Arab previously emptied by the US soldiers, according to local sources.

US FORCES HAD EMPTIED THE BASES

Russia deployed in Sarrin and Sabit bases, located in the northern district of Ayn al-Arab, also known as Kobani, east of the Euphrates River.

The bases were previously evacuated by the US during Operation Peace Spring, Turkey's anti-terror offensive in northern Syria, according to the information Anadolu Agency obtained from local sources. 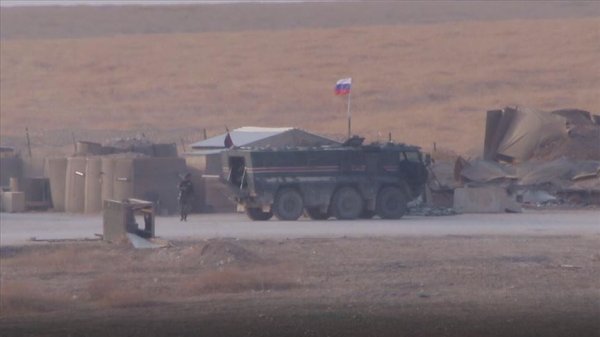 After evacuating the bases, the US forces redeployed in Sarrin base after Turkey paused the operation and on Wednesday, it evacuated the base again.