A top Kremlin spokesman said that preparations for Putin’s visit to Turkey in January underway.

THE VISIR WAS PLANNED DURING PHONE CALLS

Responding to a question of whether Putin is going to take part in gas pipeline TurkStream launch ceremony, Peskov confirmed that the visit was planned during one of the latest phone talks between Turkish President Recep Tayyip Erdoğan and his Russian counterpart Putin.

In January 2020, when the ground section of the "TurkStream" in Turkey will be ready, President Putin will visit Turkey, and the preparations for the visit are currently underway, Peskov told reporters in Moscow. 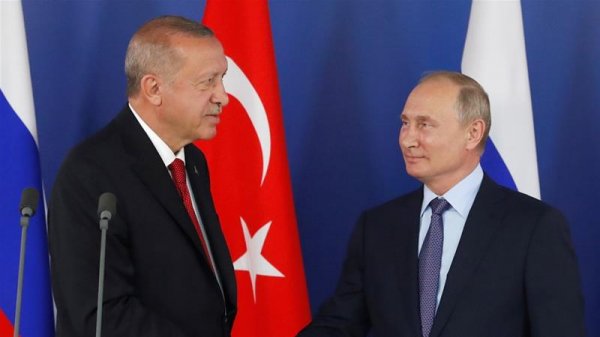 The European route for TurkStream has not been officially announced yet.