On Tuesday, U.S. President Donald Trump released his plan to end the Israeli-Palestinian dispute at the White House alongside Netanyahu, with no Palestinian officials present.

"WE SEE THE REACTIONS AGAINST IT"

The Palestinian Authority has cut all ties with the United States and Israel, including those relating to security, after rejecting the Middle East peace plan put forward by Trump. 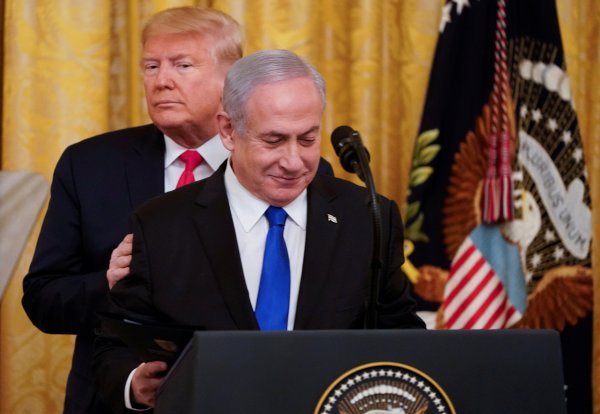